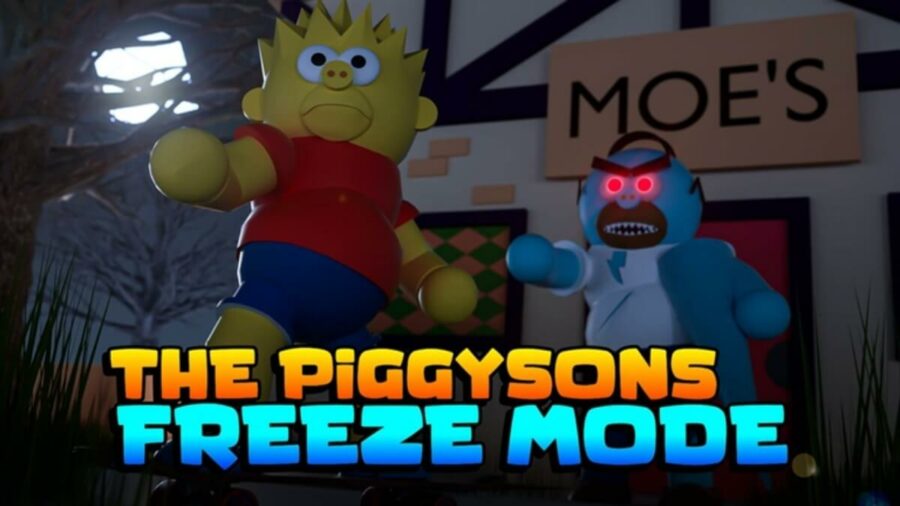 Wren Brightblade started a new adventure in The Piggysons during Week 3 of Roblox Metaverse Champions. Find out how to get Wren Brightblade's Treasure Chest #3 (available April 29 to May 7) below.

How to get Wren Brightblade's Treasure Chest in The Piggysons

To get the Treasure Chest #3 in The Piggysons, you must win a round as a Player on the Chapter One: House level. You must escape as a Player to win the mission, so you cannot play as the Piggy/Home murderer. Completing the Metaverse Champions mission in this game requires the skills of most escape room games. Expect to work together as a team to solve the puzzles and escape the house before the timer runs out.

Note: This mission can be completed on a VIP Server for 100 Robux. With this method you will need at least two players, one as the Player and one as Piggy/Homer. This requires completing Chapter One twice so both players can earn the Treasure Chest.

Your goal in this mission is to exit the Garage Door. This will require lots of backtracking throughout the house and the backyard, so be prepared to run around while avoiding the enemy. Follow the steps below to solve the puzzles in Chapter One: House on The Piggysons.

Step One: Starting in the kitchen, run into the small pink room with one green chair in the center. Grab the Green Key that rests on the window sill.

Step Two: With Green Key in hand, run upstairs. There are five rooms total upstairs: three locked and two one unlocked. Your goal is to match the colored key you're holding with the colored lock on the door.

Unlock the Door that matches the Green Key. Inside this room, grab the Red Key that rests on the bookshelf.

Step Three: Return to the kitchen and run past the small pink room (where the Green Key was located) until you hit a wall. Near the wall should be a locked door that can only be opened with the Red Key. Open the door and grab the Hammer that rests on the shelf. There is also a Teal Key in here, but you will use that later.

Step Four: Hammer in hand, exit the closet and immediately destroy the two planks of wood boarding up the Garage Door. Then return to the closet and grab the Teal Key.

Step Five: With Teal Key in hand, run upstairs and turn left into the big Bedroom. Inside the Bedroom, open the locked door using the Teal Key. Grab the Wrench that rests on the bookshelf. Then crouch into the nearby hole to fall downstairs.

Step Six: Return to the Garage Door where you destroyed the planks with the Hammer. Use the Wrench on the glowing red/white lights found just above the Wrench picture, next to the door. The red light should turn green if done correctly.

Step Seven: Grab the Hammer from the closet again. Run to the back door of the house, which is boarded up with a plank. Destroy the plank with the Hammer. Then run upstairs and turn right into the Baby Room and grab the Plank that rests between two cribs.

Step Eight: Return downstairs and exit the house. Now in the backyard, connect the Plank with the Treehouse. Then jump in the Sandbox and grab the Yellow Key.

Step Nine: With Yellow Key in hand, run inside and go upstairs. Unlock the door with the Yellow Key and enter the Bathroom. Grab the Brown Key that rests next to the sink.

Step Ten: With Brown Key in hand, go downstairs and immediately turn the right corner that travels along the Stair Wall. Unlock the door beneath the stairs and grab the Pink Key.

Step Eleven: With Pink Key in hand, run upstairs and unlock the last door up here. Run around the bed and grab the Black Key that rests on the bedside table.

Step Twelve: Return to the backyard and unlock the Treehouse. Grab the Treasure Chest and the White Key.

Step Thirteen: Finally, return to the Garage Door, the same place where you previously destroyed the planks and used the Wrench. Use the White Key to open the door and Escape the House!

Once you have entered the Garage, you will complete the mission. This will award you a game badge and Wren Brightblade's Treasure Chest #3. The Treasure Chest will also appear in your Avatar Inventory.

How to redeem Roblox Toy Codes

How to Make Money Fast in Roblox Jailbreak