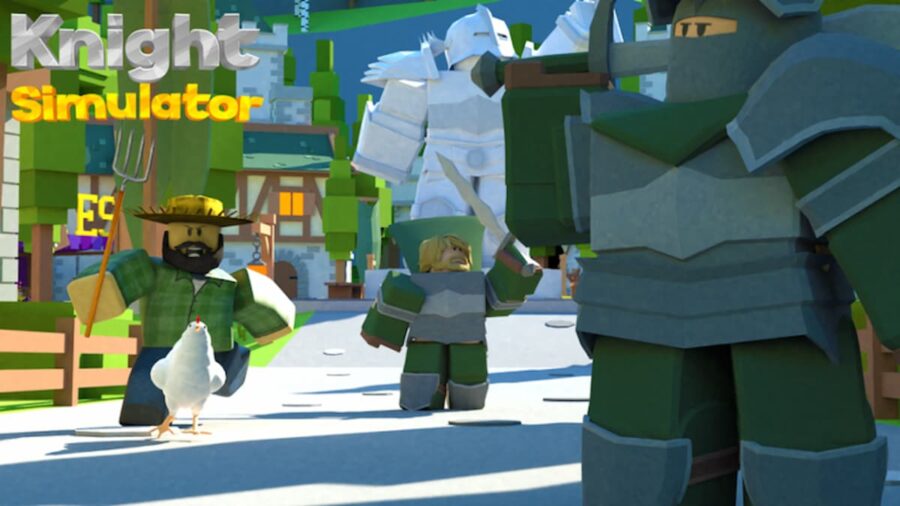 Knight Simulator is an experience developed by Core Productions 2.0, not to be mistaken for the Roblox Knight Simulator game developed by WaCe Studios. This Knight Simulator is far more realistic because you are placed in a medieval land where you must train hard to level up and become a great knight. Players will use their strength and skill to explore multiple worlds, fighting bandits for chests of silver and gold. Besides earning 200 different weapons and over 90 armor sets, players can also trade with others and unlock new abilities. There is no end to the possibility of discovering new worlds and climbing the leaderboards.

Using the codes below, you can get more gems, coins, and shells. Although it may seem unfair to use them at first, everyone has an equal chance of gaining these benefits and training at first can be challenging. The sooner you get this boost, the better because you will spend a lot of time grinding either way, so you should make it as easy as possible. It is incredibly easy to start using codes and it was intentionally programmed into the game. Take a look at our codes below and see if they will improve your gameplay on Roblox Knight Simulator.

Here's a look at all the working Knight Simulator codes.

It is very easy to redeem codes in Roblox Knight Simulator:

How can you get more Roblox Knight Simulator codes?

Several methods exist for remaining updated on the newest codes when they are released, but some are better than others. Hands down, the most effective way to keep updated on Roblox Knight Simulator codes is to return to this page regularly. To ensure that Knight Simulator is functioning correctly, we will continue to add and double-check codes. Whenever you come across new codes that we don't have, please let us know by leaving a comment. We are always thankful for any quick-thinking readers and will add the code to the working section if it works for us.

Your next step should be to join the Roblox Knight Simulator Discord. Roblox players can find people in this community who also enjoy playing Knight Simulator and establish relationships with them. The developers usually announce new codes or let players know where they can find them on their own. This is a Discord for the developers of the game and not just Knight Simulator, but you can find a channel for the game in the Discord.

Finally, players can follow the game's official Twitter account to stay informed. The game's Twitter accounts are usually the first to announce new codes. Since the developers want you to stay on top of new tweets, they often exclusively use their Twitter to announce new codes. Press the bell icon after following so you can be notified whenever one becomes available.

Why can't I redeem any codes for Roblox Knight Simulator?

If you ever have trouble redeeming codes in Knight Simulator, look at our list of possible reasons and solutions:

What is Knight Simulator?

Knight Simulator starts you off as a lowly peasant with a sword and tasks you with training to level up. As you level up, you unlock more worlds to visit and more weapons and armor to unlock. Although the beginning theme is medieval, players can discover newer areas with different themes and aesthetics, but none that deviate too far from the main point, which is sword fighting.

The game includes trading, 231 unique weapons, 91 unique armor sets, and hidden silver and gold chests to find. Even though there are many different worlds where players can visit to fight bandits and boost their skills, the most enjoyable part of this experience is actually playing with other players.