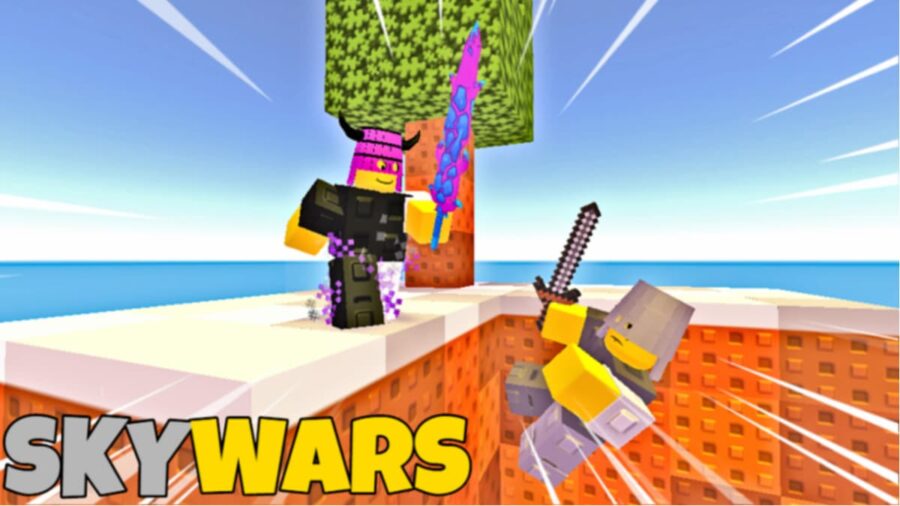 Roblox Skywars is an action multiplayer game where players fight on a platform in the sky. To survive, you need to build your platform to defend or quickly create a bridge to other players floating islands. But be careful, if you fall, you're done—it is an aerial battle after all.

But to be the best sky fighter, you'll need some help. Increase your chances in a battle with Roblox Skywars codes. Besides some potions, weapons, and other rewards, you can also redeem for various skins that will have you looking awesome in the game!

We fought werewolves dressed as mummies in search of new Skywars codes.

These codes for Skywars no longer work.

Here’s everything you need to know regarding Skywars codes.

How to enter Skywars Codes

Redeeming codes for free rewards in Skywars is easy.

How to find more Skywars codes

The best place to look for more Skywars code is this page. Bookmark it and check it out often for any updates. Another way to be up to date is to join the developers Roblox group. There you can also trade war stories with other players from the Skywars community.

Why don't my Skywars codes work?

Keep in mind that the Skywars skins aren't permanent. Don't worry; you can simply re-enter the code to put it on again. If you have trouble with some codes, check if you've typed them correctly. To avoid spelling error, copy the code and paste it into the redeem text box.

What is Roblox Skywars?

Skywars is a Roblox game where you need to build a floating base for defense and attack opponents to survive. If you have ever played Fortnite, you know how to build a fort, which can be essential for victory. You can play Skywars in third-person mode or switch to first-person for better aiming.