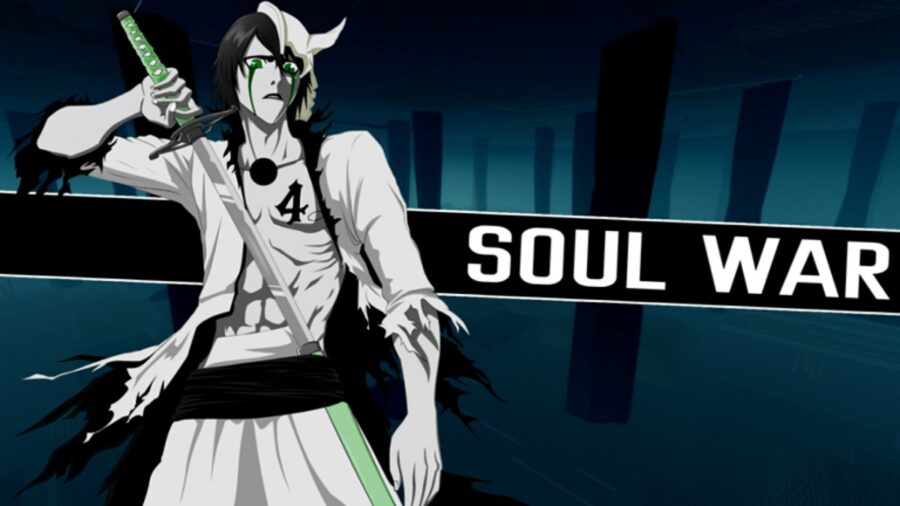 Escape a demonic Roblox nightmare based on the darkest parts of the popular series Bleach in Roblox Soul War. In this game, you have one goal: hunt your prey, or run from your hunters. Build your character to become the ultimate avenger by collecting money, combat abilities, and the souls of those weaker than you.

Codes are extremely helpful in this game because they can provide the in-game resources you need to pursue the fragile humans effectively or to establish enough strength and stamina to ward off the monstrous creature terrorizing the area. Money is always good to have in any Roblox game, and you can get that (amongst other rewards) with our helpful list of codes below.

While you're using our list of codes for Soul War, don't forget to check out our comprehensive list of Roblox codes to get what you need for nearly every popular Roblox game! We have the most up-to-date codes for other similar games such as DBZ Adventures Unleashed, A One Piece Game, Shindo Life and All Star Tower Defense! Or, if you want codes for another game based on Bleach, use our codes for Bleach Immortal Soul.

Here's a look at all the working Soul War codes.

How to Redeem Soul War Codes

Redeeming codes for free rewards in Soul War is easy.

How can you get more Soul War codes?

The developers for Soul War (Bleach Project 2) unfortunately do not have a strong social media presence, which is usually the best way to get codes for any Roblox game as soon as they're available. But, you can keep track of major updates to the game and interact with the massive fanbase by following the official Discord. Occasionally, new codes are posted to the server.

The best way to get new codes without watching the Discord is to bookmark this page and check back if you see that the game is update on the official Roblox page, as we add them to our list as soon as they're available to us!

Most games that require the player to enter codes in the chat don't notify you if the code was successful, and Soul War is no exception. Since it doesn't specifically say what reward you claimed, it's hard to determine if it actually worked. The only way to know is to watch your Yen total and inventory to see if anything is different after you enter the code. If it's unsuccessful, nothing will change.

If you are sure you entered the code correctly and nothing happens, then you have either used the code before or the code is expired. If you think it might be expired, let us know in the comments so we can investigate!

What is Soul War?

Soul War is a massively popular combat-based Roblox game based on the universe from the anime Bleach. In this game, your improve your character with abilities and experience in an attempt to gain notoriety as a powerful fighter. When you die, you are transformed into a large demonic creature with an insatiable desire to feed on the souls of those who remain as humans.