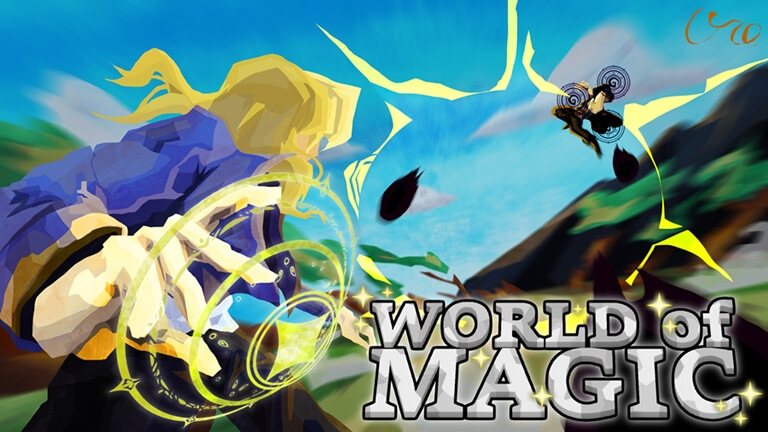 Our Roblox World of Magic Codes has the most up-to-date list of OP codes that you can redeem for multipliers and in-game Crowns. These freebies should get you started learning magic at a much faster pace!

Here's a look at all of the working World of Magic codes.

These World of Magic codes no longer work.

How to Redeem World of Magic Codes

Redeeming codes in World of Magic is a straightforward process. After opening the game, press Menu (the 9-dotted button) located in the bottom left corner. A new window will open where you must press the Twitter Bird Codes button. Enter each working code into the text box and press Redeem Code to receive your reward.

The sequel to Arcane Adventures

Explore the world, learn tons of different magic, and create a guild, all while battling other players. You can choose to protect the world from evil, raising your reputation as a powerful wizard and being praised by the common folk, or become a dark wizard, and learn rare and forbidden spells while being sought after by the Magic Council.

This game is currently undergoing a large revamp, and won't be updated until it is deemed ready. For more details, read here: https://devforum.roblox.com/t/world-of-magic-total-game-revamp-details/839380