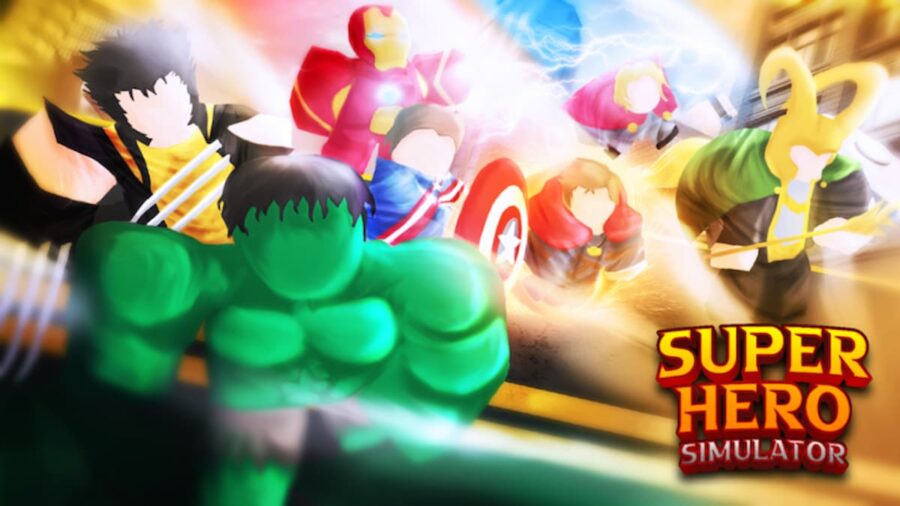 Fighting comic villains and recruiting superheroes to fight with you is the goal of Super Hero Simulator. You can use gold and Gems to upgrade your powers and gain more superhero allies on different islands. Learning the game is easy, but it can get repetitive.

The codes below give you Gem and Coin boosts and extra Coins and Gems. It will help you get through the first quests, which can be annoying because you just want to be a superhero. As soon as you have enough Coins and Gems, upgrade your character and beat the villains to start the fun Super Hero PvP.

For more games with codes that can give you a boost, check out Roblox Super Hero Masters Codes, Roblox Superhero City Codes, and Roblox 2 Player Superhero Tycoon Codes. Using our codes, you can skip the early-game grind and jump into the fun.

Here's a look at all the working Super Hero Simulator codes.

These codes for Super Hero Simulator no longer work.

How can you get more Super Hero Simulator codes?

The most important way to stay up to date on these codes is to bookmark this page and return to it frequently. You can also join the developer's Twitter or Discord accounts. When a new code is posted, the developer lets their Discord members know, and you can find those codes on Twitter.

It is possible to mistype a letter or number by manually entering codes. To avoid having to worry about typing each letter or number correctly, we recommend copying and pasting a code from above into the text box. Another reason your code won't be accepted is that it has expired. Please let us know if you find any expired codes in the comments, and we will double-check them.

What is Super Hero Simulator?

With Super Hero Simulator, you become a hero who must fight various villains from comic books. When you have enough Coins and Gems, you can unlock superheroes to join you. You get a very small reward for beating up bad guys, but it's faster if you fight them than if you fight Superheroes. You can travel to other worlds, but they cost a lot of gems. In the game, everything costs a lot of gems or Coins and you don't get much in return. The worlds are pretty small and only take a minute or two to walk around them.