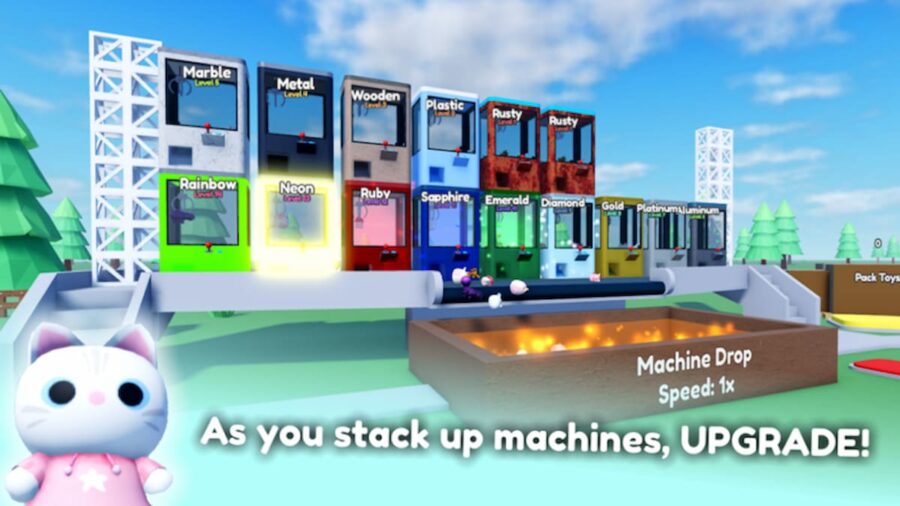 Be the envy of Santa and his workshop by creating the biggest and speediest toy production line in Toy Empire Tycoon. Start from an empty lot and build your factory up piece by piece as you manufacture toys for kids. Your toys will be flying off the production line as you increase the value of each toy you decide to manufacture. Parents are going to be mad!

The codes you can claim from our working list for Toy Empire Tycoon will give you the game currency of Cash. Cash is used to build new components for your tycoon. These codes will provide you with Boosts to help you earn more Cash or speed up your production line.

We ran through the North Poles toy factory and stole this code.

Here's a look at all Toy Empire Tycoon's working codes.

We answer all your questions on Toy Empire Tycoon.

It's easy to redeem codes for free rewards in Toy Empire Tycoon. Follow our guide below.

How to get more Toy Empire Tycoon codes

To get the latest Toy Empire Tycoon codes, follow the developer rep's studio on Twitter @RepileeRBLX and join their rep rep's studio Discord Server. Here at Pro Game Guides, we have all the developers' codes, so bookmark this page and return to claim all the free rewards for your tycoon.

There may be a few reasons why your codes in Toy Empire Tycoon are not working. The codes in Toy Empire Tycoon may be expired. Codes in Roblox are time-sensitive, so be sure to claim codes as soon as they are released to claim all the rewards before they are removed. The codes could be mistyped into the text box; copy and paste the codes from our list to avoid making any mistakes before clicking on the redeem button.

How to gift in Toy Empire Tycoon?

To gift other players in Toy Empire Tycoon is very simple. Click on the gift icon on the left-hand side of the screen. Select which item you would like to gift the other player by clicking on that item. Select the player you would like to gift an item to and wait for them to receive the gift. You will be notified when the player has accepted your gift.

What is a Toy Empire Tycoon game?

Toy Empire Tycoon is a game where you will need to build the most profitable toy production company. There are many different types of toys that you can choose to produce. Specific toys will have a higher value than others. The bigger your production line, the more profitable you will become. Be the wealthiest toy producer in the game to climb to the leaderboards.