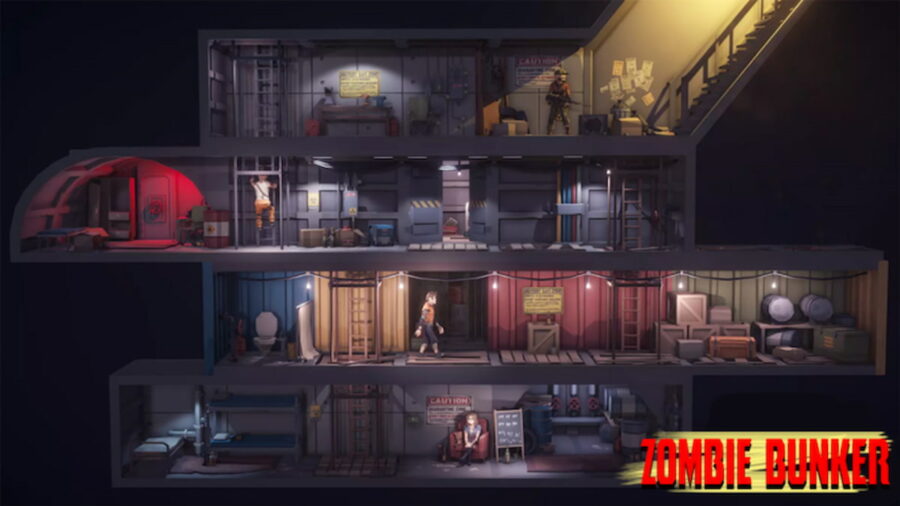 The surface of the world is covered by the infected, and you must go underground to start the resistance in Zombie Bunker Tycoon. Start the revolution by arming every man, woman, and child by producing weapons to fight back against the undead. How much money can you profit off of an invasion?

The codes for Zombie Bunker Tycoon will give you the in-game currency of money. Money is used to buy new pieces for your tycoon or weapons on the surface to fight against the zombie invasion. These codes will boost you significantly from the beginning of the game.

Out ran a zombie horde for these codes!

Here’s everything you need to know regarding Zombie Bunker Tycoon codes.

To redeem Zombie Bunker Tycoon codes is easy, follow our instructions below.

How can you get more Zombie Bunker Tycoon codes?

There may be a few reasons your Zombie Bunker Tycoon codes are not working. These codes may be misspelled or missing punctuation. To avoid these mistakes, copy and paste the codes from our list. These codes could be expired, most Roblox experiences have time-sensitive codes. Be sure to claim the codes from our working list as soon as possible before the developer decides to expire the codes.

How to make money in Zombie Bunker Tycoon?

To make money in Zombie Bunker Tycoon is easy. Firstly, you will need to head downstairs to start building your bunker. Stand on all the green buttons on the first floor of your bunker so you can build everything on that floor. The conveyor belt will start producing weapons, allowing you to make money for your tycoon. You can claim money from the ATM at the entrance of your bunker. The more floors and conveyor belts you make, the more money you will make from your tycoon.

What is a Zombie Bunker Tycoon game?

A Zombie Bunker Tycoon game is a tycoon game where you will need to create and build a bunker to protect yourself from the zombie invasion above your head. Create weapons so the people can fight back against the invasion and reclaim their homes. If you leave your bunker, you will need to fight and kill the zombies trying to eat your brains. The most profitable bunker will rise to the top of the leaderboards.