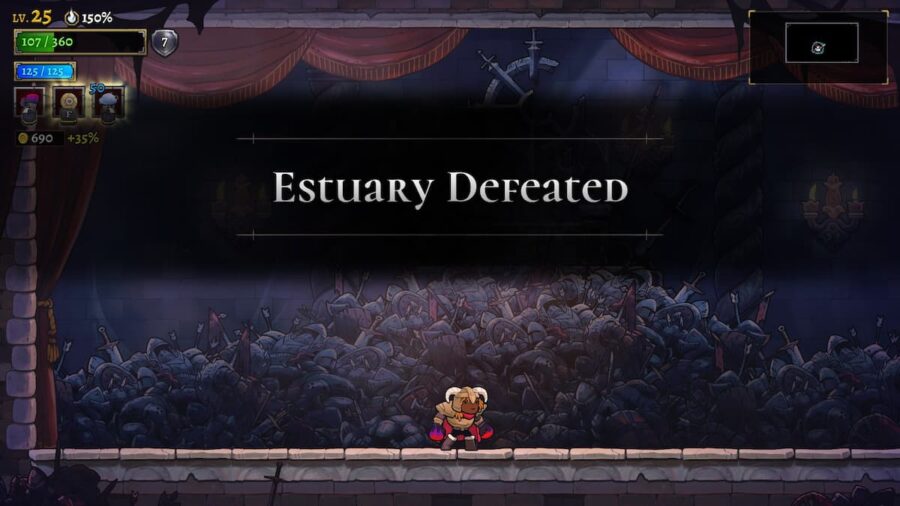 There are many challenges to overcome in Rogue Legacy 2. This includes not only traps, puzzles, and enemies, but also bosses. The first area, Citadel Agartha, is controlled by Estuary Lamech. We have compiled a guide to defeating Estuary Lamech, which you can find below.

How to defeat Estuary Lamech in Rogue Legacy 2

At half health, Estuary Lamech enters his enraged state. This will power up his attacks, so be prepared. Many will have additional projectiles or increased speed. Fortunately, he does not use any new attacks in this state.

Related: How to unlock Runes in Rogue Legacy 2

Tips and Tricks for Estuary Lamech

Estuary Lamech isn't that difficult to beat once you learn his attacks. You will want to make sure you have discovered the Hidden Secrets, Hidden Chambers Insight, to deal an additional 15 percent damage to Estuary Lamech.

Once you have this, you need to use patience and punish Estuary Lamech at the right times. Wait for an attack to whiff, namely the Laser Beam, Knives, and Dash attacks. This fight is also a lot easier if you have a ranged weapon or powerful spell. Then, you can simply dodge Estuary Lamech and keep your distance.

How to beat Estuary Lamech in Rogue Legacy 2