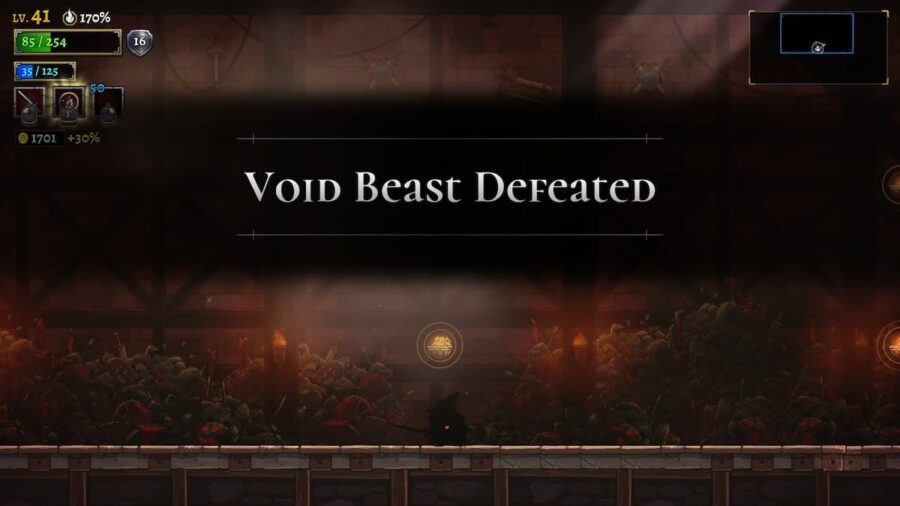 There are many challenges to overcome in Rogue Legacy 2. This includes not only traps, puzzles, and enemies, but also bosses. The first area, Axis Mundi, is controlled by the Void Beasts. We have compiled a guide to defeating the Void Beasts, which you can find below.

How to defeat the Void Beasts in Rogue Legacy 2

A second beast will appear after dealing a third of the first Void Beast's health. Both will use their attacks, so you will need to become better at dodging them. Fortunately, they do not gain any new attacks or increase their speed, so you can avoid most attacks if you are careful.

Related: Can you fast travel in Rogue Legacy 2?

Tips and Tricks for the Void Beasts

Before fighting the Void Beasts, make sure you complete the Missing Bodies Insight quest to gain an additional 15 percent damage boost. Other than that, the Void Beasts are fairly easy to beat if you can time your dodges successfully.

When the second Void Beast appears, focus on that one, as it has less health. If you can get them to stack, however, you can attack both at once. The Duelist or Valkyrie classes are good for this boss, as you can dodge through their attacks or reflect the projectiles.

How to beat the Void Beasts in Rogue Legacy 2