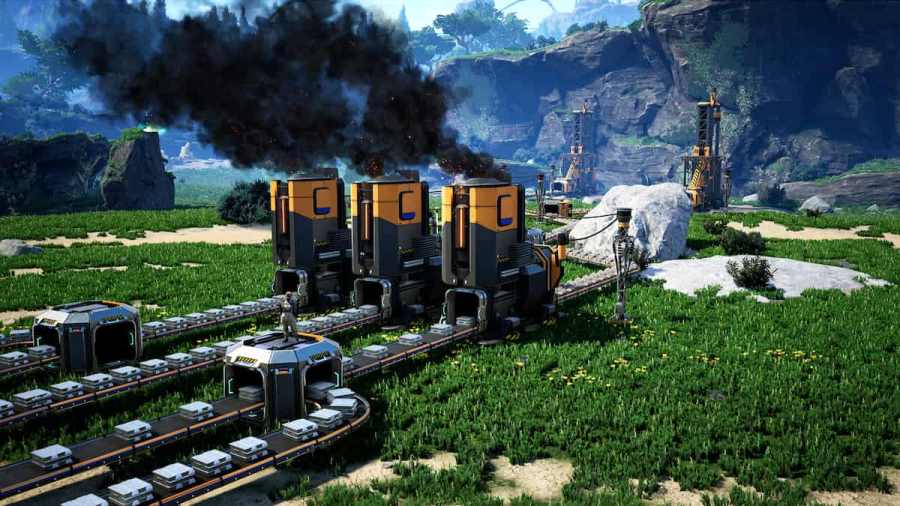 With Twitter announcing strict new rules on promoting its competitors and look-alikes, open-world factory-building sim Satisfactory jumped on the bandwagon with a hilarious post parodying the bizarre new limits.

The post is a reference to Twitter’s new policy on not promoting other forms of social media. Satisfactory joked that none of their players are allowed to play other games, an equally bizarre and hilarious request.

The company joked that while they recognize their players play other games, they'll no longer allow Satisfactory players to play other games, such as Minecraft, Goat Simulator, God of War, Runescape, or Final Fantasy. However, the post added some caveats, stating that indie darling Stray is okay.

However, while Satisfactory called out a number of games, they ironically didn’t name some of its biggest competitors in the strategy and simulation genre, including Factorio or Refactory. Perhaps Satisfactory knows, better than Twitter, that stopping users from using your competitors is a shooting yourself in the foot. In fact, that is coincidently exactly what video game marketing consultant Chris Zukowski mentioned in a Twitter thread today.

He described the story of two games, Peglin and Roundguard, two eerily similar Breakout-style games. However, by marketing their games together in a bundle, the two games spiked in sales. The Satisfactory developers likely knows that its biggest users are probably big Factorio and Refactory fans as well. And likewise, Twitter’s biggest users are social media users in general. The social media giant should perhaps take a leaf out of the game-dev world that realizes that this effort will cut their user base instead of growing it!