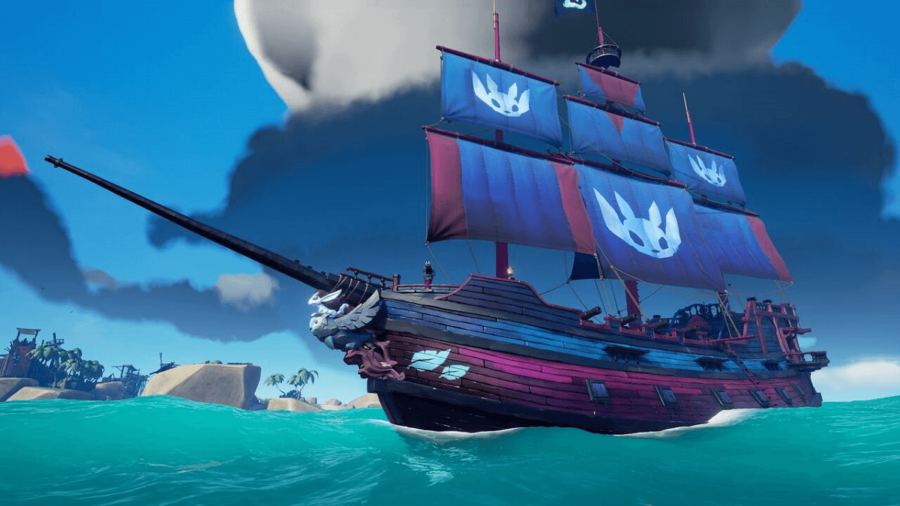 Sea of Thieves started with just two ships: the Sloop and the Galleon. It didn't take long for Players to begin pouring in requests for another class of ship that accommodated mid-size crews of two or three. The Galleon was challenging to manage with a crew of three, and the Sloop couldn't handle more than two people. The game's developers heard the cries of their players and implemented the Brigantine into the game. However, now there are three different layouts to memorize!

All Boats in Sea of Thieves: Stats, Layouts, & Tips

Each different type of ship is different, but the variety provides options for several different play styles. In this guide, we're going to go over each ship's basic stats and layout, as well as some helpful tips. However, before we begin, we'd like to provide a list of nautical terminology. This terminology is faithful to the verbiage used while sailing and ultimately provides more precise direction than general instructive words like right, left, back, and front.

With these terms, you should have a general understanding of the descriptions we provide for the objects' locations on the ship. Each ship will be listed below, along with their objects' respective locations.

The Sloop is a small ship for small crews of 1-2 Players. It is agile and capable of making sharp turns at a moment's notice, without much pause between sailing the different directions. Expert Players can control a Sloop to out-maneuver the larger ships and fire at them while staying out of range of their cannons!

This covers the basics of Ships in Sea of Thieves. We'll be updating this if/when new ships are added or the current ship layouts change. So be sure to come back again!

If you have any additional info or tips, feel free to leave us a comment! We'd be happy to add it to the list.

Want to see our Fishing Guides? We have one that explains How to Cook and Sell Fish and a guide on Fish Prices, Cooking times, and Locations!