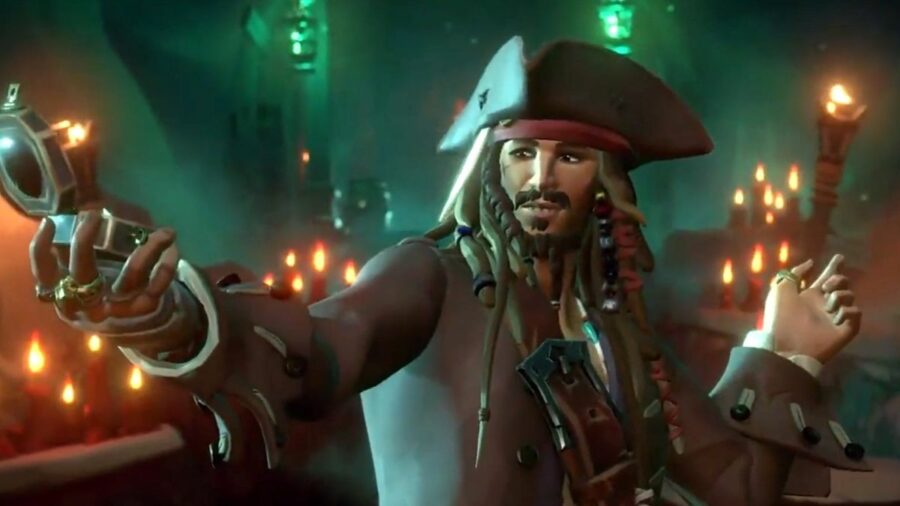 In the E3 2021 announcement for the A Pirate's Life expansion to Sea of Thieves, it was revealed that Jack Sparrow would be coming to the game! This is exciting news for almost all fans of the game, as Jack Sparrow is one of the most well-known fictional pirates.

In the Pirates of the Caribbean movies, Jack Sparrow is played by actor Johnny Depp. However, he hasn't been the voice for every version of Jack Sparrow, who has also shown up in other video games, such as Kingdom Hearts. Many fans of either Sea of Thieves or Pirates of the Carribean are very curious to know if Johnny Depp will be voicing the character in the game since Jack Sparrow's voice in the E3 2021 reveal sounded remarkably similar to his.

Related: How to Complete the Shores of Gold Tall Tale in Sea of Thieves - Pro Game Guides

For those hoping for a yes, we unfortunately have bad news. Johnny Depp is not reprising his role as Jack Sparrow for the game. As of yet, the official voice actor for the famous pirate has not be revealed. While we do expect to hear the information around the date in which the DLC is launched, we can confidently say it's not Johnny Depp.

To watch the trailer for the DLC A Pirate's Life, watch the video below!