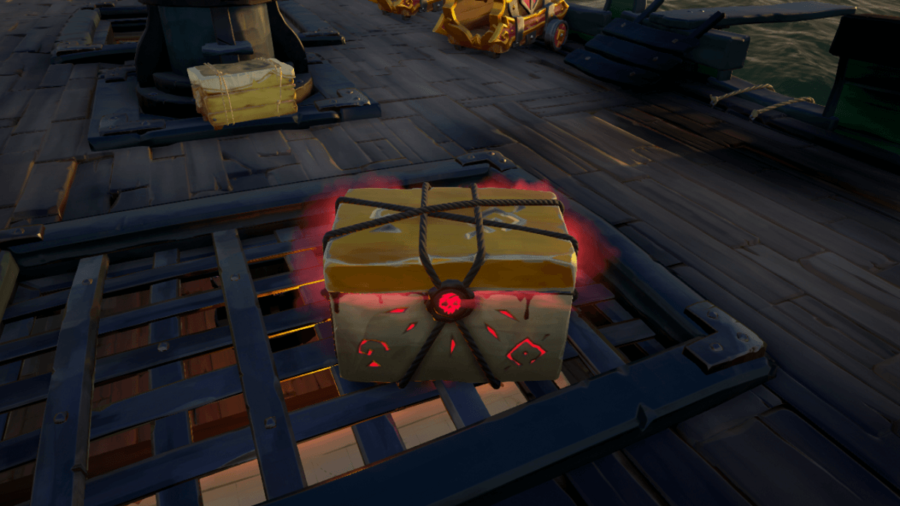 Unlike almost all the other pirate booty in Sea of Thieves, the Reaper's Chest has the interest of only one group — The Reaper's Bones. No one is sure why the other pirates won't touch this bounty, given that they're...er...pirates. Regardless, if you're looking to sell, our guide will get you the buyer.

Where to Sell the Reapers Chest in Sea of Thieves

The Servant of Flame is the NPC you need. Fortunately for you, he is always found in The Reaper's Hideout, making this an easy sail to make. If only it were as easy to find the chests as it is to get rid of them!

As you can see in the image above, The Reaper's Hide is located in section I-13. Upon reaching the hideout, you'll be heading to the large tent in the middle of the island to find The Servant of Flame. There is plenty of speculation about this masked character's history, but let's stick to those sweet rewards!

Now that you've found where to sell the Reaper's Chest, you can also read the list below to see what kind of rewards you'll receive. These depend entirely on your level as an Emissary of the Reaper's Bones, so be sure to find plenty of chests to bet better rewards!

Given the substantial amount of Doubloons you can snag by selling these chests, it's no wonder you want to know where to do so. Congrats on reaping the rewards!

Looking to unlock an Ashen Chest you picked up in your travels? You'll need this guide to find an Ashen Key!

Sea of Thieves Season 5 set to release on December 2