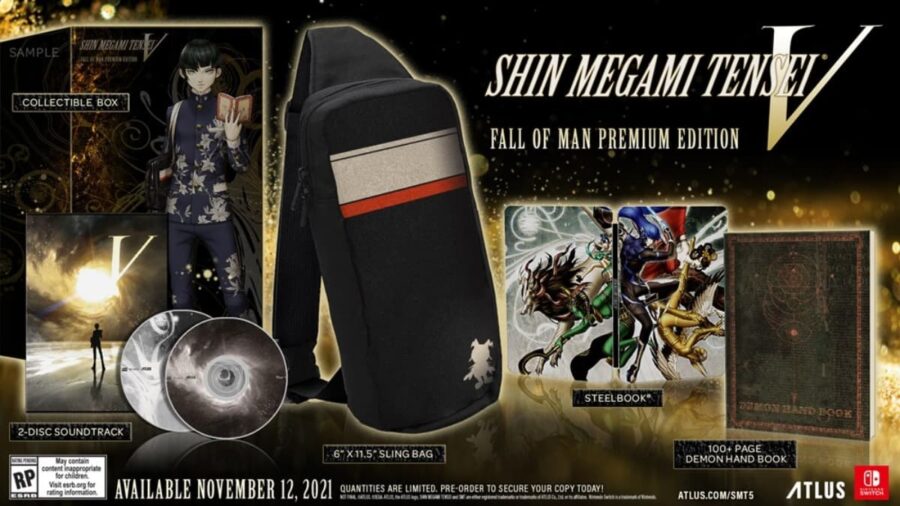 Well In short, you get a few more items than the regular steel bookcase version, which just comes with a steel bookcase for the game. However, in this Premium Edition, also called Fall of Man, you get three extra items, including the steel bookcase.

Related: What is the release date for Shin Megami Tensei V?

The first and most notable of these items is a sling bag with the franchise's mascot, jack frost printed on the front. After this, you get a 2 cd soundtrack set, along with a hardcover book containing over 100 demons. Then the final item is a collector's box to keep all of your items in that also has the game's protagonist on the cover on the front of it.

That said, if you are interested in this edition of the game, you can find it at most major retailers such as Walmart, GameStop, Amazon. But you might find it hard to get your hands on it because most sites are out of stock for that version of the game.