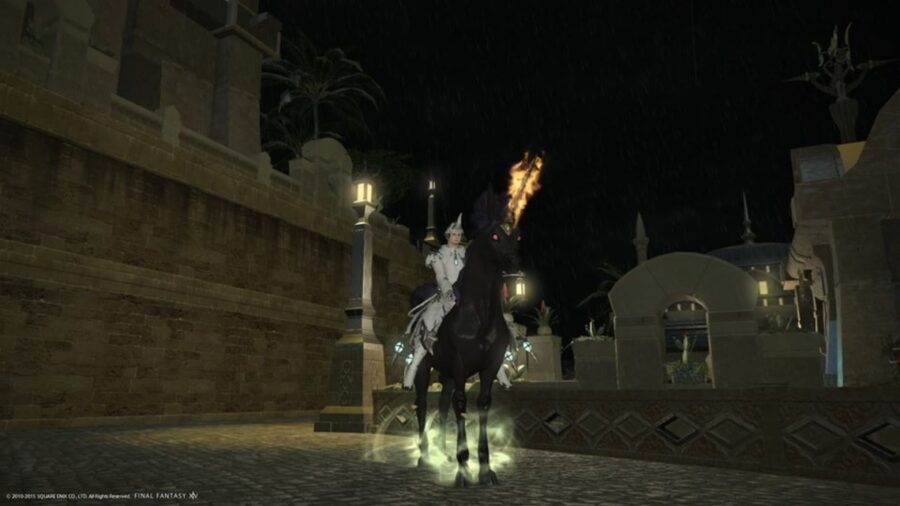 Few mounts are as lucrative and enviable as Final Fantasy XIV's Nightmare mount. Unlike the mounts you can purchase in the online store, players can only earn this mount via gameplay. What can players do to bring this majestic mount home?

Related: How to get the Boreas mount in Final Fantasy XIV Online

While the Nightmare Whistle does have a rare chance to drop, it ends up in the loot pool at the end of each Trial, meaning players will have to roll for it among other players. Only one lucky party member will walk away with a Nightmare Whistle when it does eventually spawn. Those interested in a more in-depth analysis on Trial mounts can check out ZeplaHQ, as she helped us ascertain just how rare these drops are.

How to fix Error 2002 in FFXIV Online