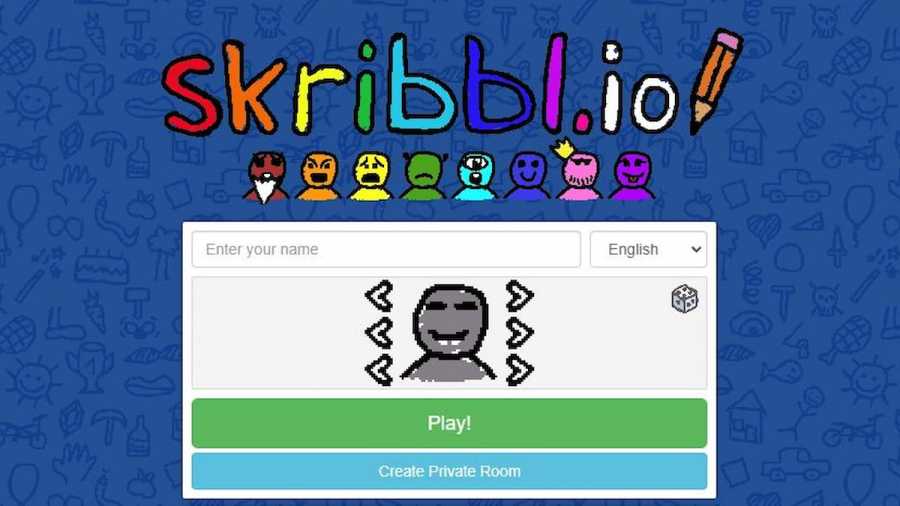 Skribbl.io has been gaining a lot of traction lately, along with the rise in simple multiplayer games like Wordle or Squabble. Many have heard of this mysterious Skribbl.io game, but they may not know what it is or how to play.

Skribbl, which is played at the web address Skribbl.io (leading to some confusion about the game's name), is a game similar to Pictionary. Players can guess what other players are drawing in real-time, getting more points based on how correct and how quickly the guesses are done. Skribbl was created by Tice Dev in 2017 with the intent to make an easy and free multiplayer picture-guessing game that is accessible to both groups and random online players.

How to play Skribbl

Skribbl is multiplayer, meaning there is no way for players to play on their own. A game can be played by simply selecting Play on the home screen, which will join the player with random group that they will then play against. Players can also choose to create a private room, where they can customize game settings and send out a link for friends and family to join.

Players can all guess simultaneously while on a timer. Incorrect guesses will be shown in the private chat, but if a player guesses correctly, it will show a green alert in the chat. Once all of the rounds are finished, the player who has the highest score from guessing the most correct and quick guesses will win.

What is Skribbl.io & how to play it