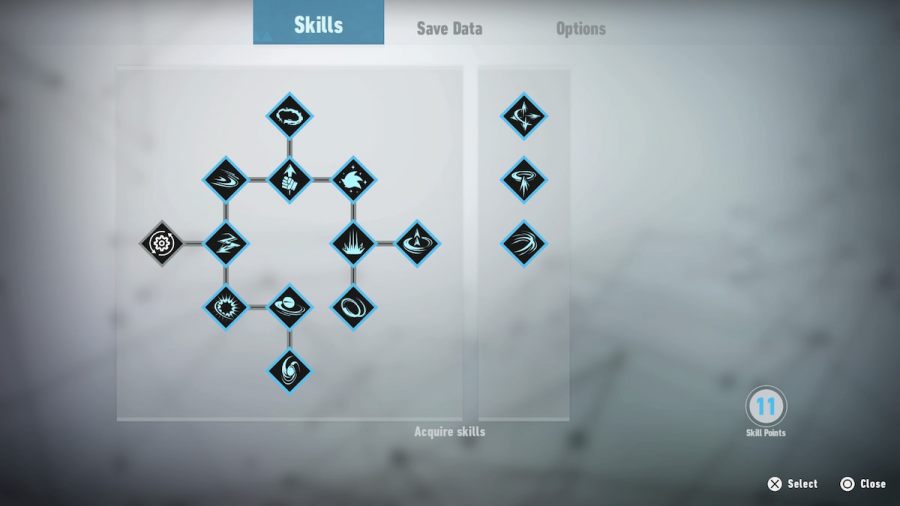 Sonic Frontiers adds a ton of well-known game mechanics to the Sonic format, most notably a totally revamped combat system. In old Sonic games, the Blue Blur would find upgrades in the form of items, but he finally has a full skill tree. You'll have a limited number of skill points to spend, and some upgrades are better than others, so it's important to spend those points wisely to stay ahead.

There are 10 real upgrades in Sonic Frontiers. You get the Cyloop for free when you start the game, and you must purchase Phantom Rush immediately thereafter. From there, there are two options, each of which costs 5 points. With a little grinding, you could easily have enough to purchase either upgrade.

Related: How to parry in Sonic Frontiers

Sonic Boom is clearly the better option. It's a massive combat upgrade, giving Sonic a long-range option. He fires projectile attacks like a machine gun, racking up massive damage and filling the combo meter in a matter of seconds. Many early-game foes can be rendered useless with this one move.

The other option is Air Trick, which allows you to gain Skill Points without finding them in the open world or taking them from defeated enemies. You'll earn more by destroying enemies with Sonic Boom than from this easy method, but it's a great option to unlock second.

From there, your next choice is between Wild Rush and Stomp Attack. The Stomp Attack isn't particularly interesting as a combo additive, but it is the off-button for a ton of enemies. Buy the Stomp Attack for what it'll open up.

Buy the Quick Cyloop ability as soon as you can. The Cyloop is a consistently effective way to incapacitate enemies, and the ability to do it as part of a combo is life-changing. Almost every boss in the game is vulnerable to the Quick Cyloop. It doesn't do damage, but it grants the best possible opportunity to beat down powerful foes.

After you've unlocked most of the right side of the tree, start on the left. Wild Rush isn't the strongest ability, but it'll unlock Homing Shot, which deals a ton of damage, and Spin Slash, which cuts through large enemies like a buzz saw. The final ability is Recovery Smash, which is only useful if you get hit a lot.

The only ability you shouldn't buy under any circumstance is Auto Combo. The game promises to add the most useful maneuvers into a combo for you, but it's just not competent when needed. Don't buy this. If you have it, turn it off. You'd be better off randomly mashing buttons.

If you're willing to grind, you can have the entire skill tree unlocked before you beat the third island. This is just the easiest path through the tree to ensure that you get Sonic's best abilities when needed.

For more information on Sonic, check out What is the Gold Card used for in Sonic Frontiers on Pro Game Guides.