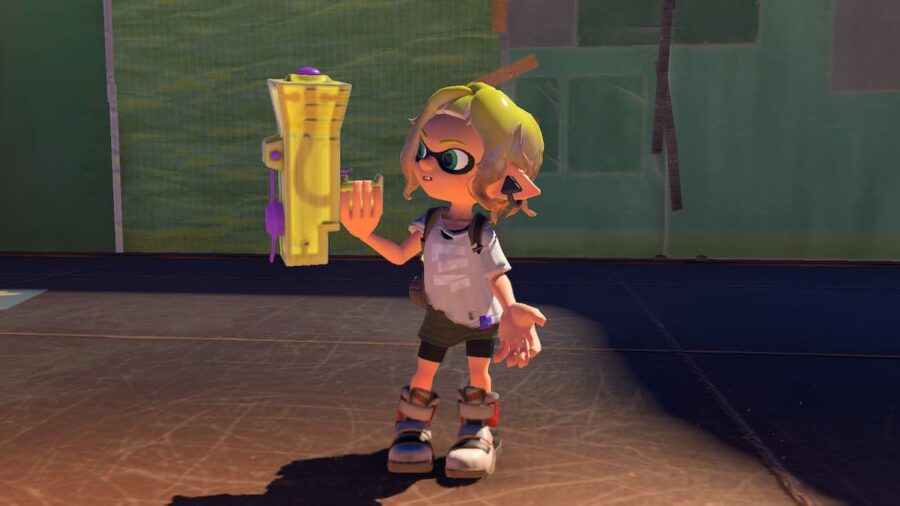 Splatoon 3 features fast-paced multiplayer in which you must both focus on covering the ground in your team's ink and warding off the opposing team. With a variety of weapons to choose from, it can be hard to pick one as a beginner. We have compiled a list of some of the best beginner weapons in Splatoon 3, which you can find below.

The weapons below are great for beginners as they are relatively easy to use and are good at spreading ink and taking out opposing Inklings and Octolings. Here are our recommendations for the best early game weapons to unlock and use in Splatoon 3.

The Splattershot is a great beginner-friendly weapon due to its all-around stats, balancing range, damage, and fire rate. This weapon lets you ink turf, blast opponents from a relatively safe distance, and retreat when outmatched. It is a basic weapon, but this is a great way to learn the game. Its Suction Bomb is great for sticking to walls and corners, catching unsuspecting enemies who chase you. Finally, the Trizooka is good for laying covering fire and forcing opponents to retreat.

The Splatroller is the iconic paintbrush you have likely seen in promotional material. It excels at close range but does suffer in distance clashes. So you will need to play somewhat carefully and calculated. Using the Splatroller is a great way to learn maps and find alternate routes to get the drop on opponents because when you get up close, few weapons can match this one. You can use the Curling Bomb to force opponents to move, hopefully into the way of your attacks. Drop the Big Bubbler to shield yourself when you find yourself in trouble.

The Octobrush is the smaller and faster version of the Splatroller. You can quickly ink turf and opponents at close range with this weapon, though most weapons will be able to outrange you. Play tactically with the Octobrush and get in your opponent's face to shred them with rapid-fire ink strokes. Use the Suction Bomb to force your opponent in one direction and take them out before they know what's happening. The Zipcaster allows you to advance quickly or retreat when long-range weapons outmatch you.

Related: Splatoon 3 – When is the next Splatfest coming?

The Splatana Wiper is a powerful weapon that excels at covering the ground and splatting opponents rather quickly. While we found the charged version of the attack lacking, quickly pressing the trigger will cover your opponent in ink before they know what hits them. While its range is decent, you will still need to get close to finish a foe off. Its Torpedo grenade is great for locating enemies as it seeks them out, revealing their position. Lastly, its special Ultra Stamp is an extremely powerful tool for covering the ground, moving across the map, and splatting opponents.

The Slosher is another close-range weapon that deals absolutely massive amounts of damage. A direct hit from this paint bucket is enough to splat an opponent immediately at the right distance. It also has a great vertical range, allowing you to cover the ground or opponents above you. Watch as it can be somewhat slow, and you will be at a disadvantage over long ranges. The Splat Bomb is the classic Splatoon grenade and can block an area for a few seconds thanks to its timer. You can further block areas with the Triple Inkstrike, allowing you to force opponents in specific directions.

The Aerospray MG is one of the best turf-inking weapons in Splatoon. It has one of the best fire rates in the game, allowing to shoot ink at incredible rates. It does lack damage, and its range is decent, but you may find that many opponents will panic when faced with such a barrage of ink. Still, we recommend a surprise attack to overwhelm them before they know you are attacking. The Fizzy Bomb further covers the ground in a big explosion followed by smaller ink explosions. While the Aerospray MG may not do much damage, the Reefslider special is incredible at taking out opponents and inking turf.

Related: How to get Bronze, Silver, and Gold Fish Scales in Splatoon 3

The Dualies became a fan favorite in Splatoon 2 and make a triumphant return here. The Dualies are similarly balanced to the Splattershot but offer the unique ability to dodge while firing. This lets you avoid getting splatted and have high mobility. While they lack as much range as the Splattershot, they have an increased fire rate, so you want to get close to your opponent and prevent them from being able to escape or target you. The Suction Bomb is a good tool to force movement from your opponent, preferably in the direction of your fire. When things look bleak, pop the Crab Tank, gain some extra armor, and escape or splat your opponents.

The Tri-Stringer takes a little more time to learn, but once you master this ink-based bow, you will be a master at controlling the battlefield. The charged shot is extremely powerful, capable of splatting opponents instantly and locking down an area for a few seconds. Due to the slower nature of this weapon, you will want to stay back rather than rush in. Using the Toxic Mist grenade is fantastic at controlling an area and slowing down any opponent caught in its effect. Use the Killer Wail 5.1 to chase opponents out of hiding and blast them with a charged Tri-Stringer shot to devastating effects.