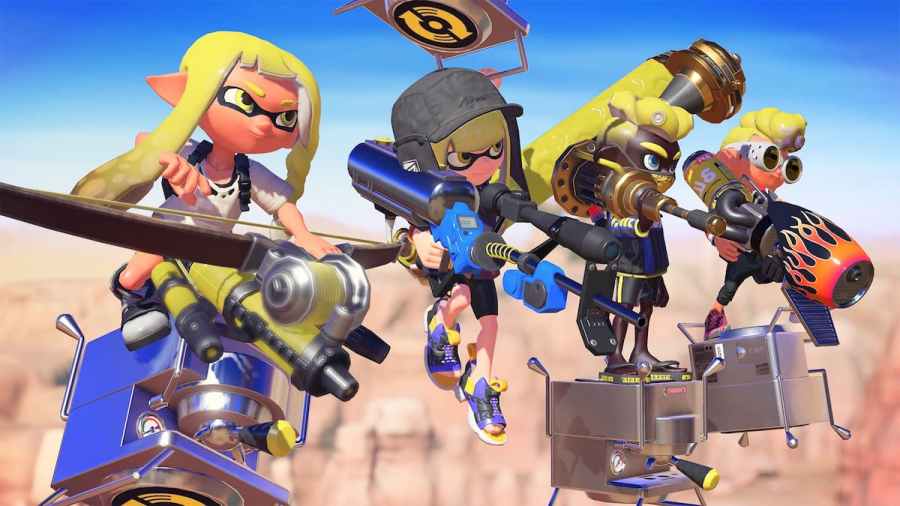 Even for those who simply want to play the game casually, Splatoon 3 can eventually get hard. In ranked modes, players will encounter teams who take the game seriously and use fairly complex strategies. The best thing players can do if they really want to dive into this game is get three buddies and make a squad of their own. It's not enough to have everyone hop on ranked with whatever weapon they feel like. Teams need weapon synergy to function.

Which weapons should teams be running on Splatoon 3?

First of all, forget all of the individual categories that the game places each weapon under. There are only three categories that teams need to worry about: slashers, supports, and anchors. An easy way to think of these is to consider each player's range. Slashers typically take up the front lines while anchors are safe in the back, with supports somewhere in between them.

This role encompasses all of the close ranger assassins in the game, such as rollers, splatanas, and ink brushes. Their goal is to get close to the enemy and look for prime targets to surprise and ink up. It's important not to be too obvious in this role, though. Staying out in the open only leads to more kills for the enemy team. Swim under the ink until it's time to strike.

Supports use weapons that work best at mid-range. Examples would be things like mini splatters, jet squelchers, and long-range splattershots. What makes them excel at the support role, though, is their specials. They will usually carry something that can protect the team like Ink Wall. These are great for protecting the team from oncoming pushes.

These are your back line mages. Any snipers fall under this category. These players usually aren't in the middle of the action, but their goal is to apply safe pressure from afar. They may not rank up the most kills in a game, but they can get key kills that can change the course of a match.

Basically, the ideal team comp would be made up of two Slashers, one Support, and one Anchor. This way, teams can keep up the pressure without having everyone in harm's way. It's important to think of weapon diversity when playing as part of a team.

Want more guides on Splatoon 3? Check out the 8 best early game weapons to unlock in Splatoon 3 at Pro Game Guides!