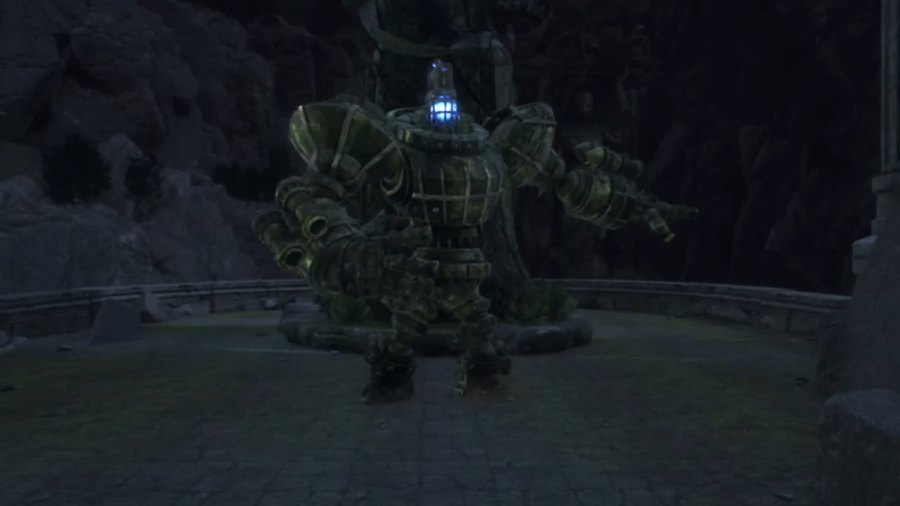 There are numerous enemies to fight in Star Ocean: The Divine Force, ranging from small to large enemies. You'll fight a mix of both after rescuing D.U.M.A. in the ruins when you are ambushed. After defeating the numerous smaller enemies, you must face the massive robot U.D. Hercules. This may leave you wondering how to defeat U.D. Hercules in Star Ocean: The Divine Force.

To defeat U.D. Hercules, you need to target its head with your new VA ability given to you by D.U.M.A, the drone you just rescued. You'll find that attacking the legs of this enemy does nothing. So instead, you will need to attack its weak spot, which just so happens to be its head.

Related: Where to find Chacham the cat in Star Ocean Divine Force

Despite U.D. Hercules' intimidating size, you can quickly defeat this enemy. It's a massive robot that attacks you after defeating the smaller enemies. This new ability allows you to fight midair by launching yourself toward a target.

Activate the VA ability to highlight and aim for the U.D. Hercules' head. This will let you directly attack its head, taking advantage of its weak spot. You should be able to defeat the U.D. Hercules in one or two combos by attacking the head.

How to defeat U.D Hercules in Star Ocean Divine Force