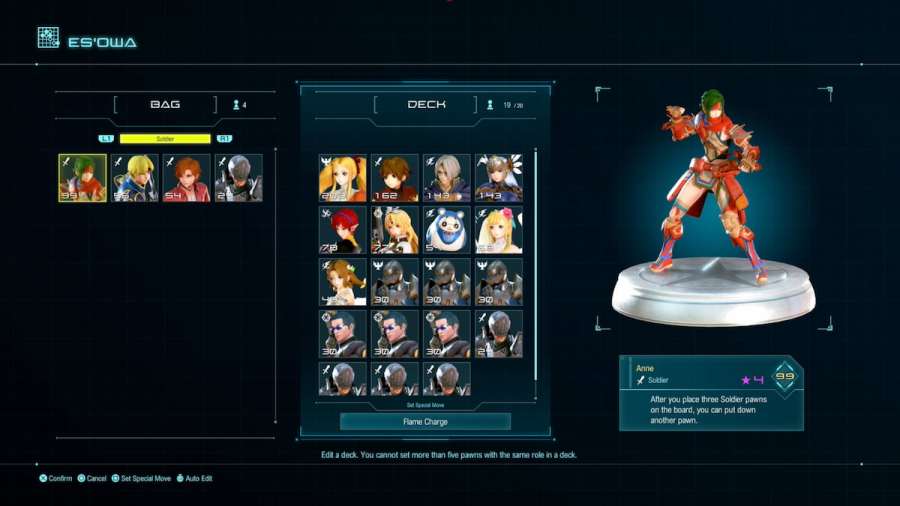 When do you get an Es'owa deck in Star Ocean Divine Force?

You do not get an Es'owa deck in Star Ocean: The Divine Force until you have reached the Seaport of Rythal and purchased a deck from a quest NPC. You don't have long to wait after leaving Delvrk Mines with a new party member in tow to get your hands on an Es'owa deck.

When you first enter the Seaport of Rythal, take a left, and you'll see two side quests on the mini-map. The first is a quest to get Axe Beak Feathers, and the second quest is where your Es'owa journey begins. You can purchase the Es'owa deck from the Shady Merchant for 1200 Fol. In doing so, you'll receive the actual quest to acquire a Coro pawn for your Es'owa deck.

After you have an Es'owa deck, you can start challenging NPCs to a duel. You can either go up to people randomly and press triangle or the key prompt on PC. Or look at the full-screen map. The white circles, more prominent than others, are either Es'owa players or important NPCs.