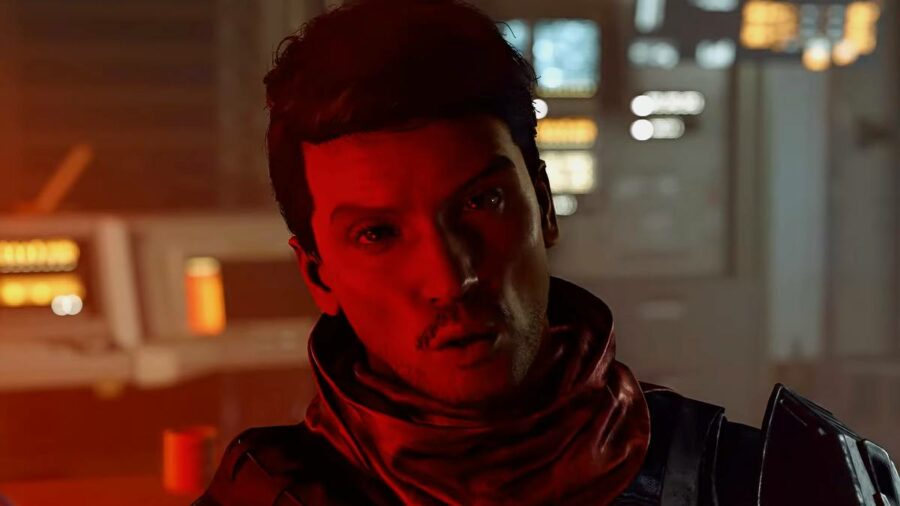 New details have emerged about Bethesda's highly-anticipated space exploration game, Starfield. With gameplay highlighted at the Summer Game Fest, many questions have been answered about the game's combat, ship gameplay, and customization. However, fans were still left wondering if the protagonist in Starfield will have voice lines.

Does your character talk in Starfield?

Bethesda has confirmed in a Tweet that your character will not talk in Starfield. The protagonist of Starfield will not have voice lines, but all dialogue will be in first-person, much like many of Bethesda's other titles like Skyrim and Fallout 3. Players will be able to create their own character and customize their background in Starfield, so without a voiced protagonist, hopefully there are vast dialogue options with every conversation based on how you play your character.

Related: Does Starfield use a new engine?

With such an ambitious game like Starfield, no voice lines for the protagonist may be a positive for development. Although voice actors do amazing work to bring dialogue to life, the lack of voice lines for a protagonist can give developers more freedom in terms of dialogue options and conversation paths.

Although there is no voice lines for the protagonist, Starfield is filled with NPCs that will have voice lines to bring the cosmic world of Starfield to life. You will meet characters along the way and form dynamic relationships based on your interactions. You can hire crew members for your ship and hire members for your planet outposts so there will be plenty of different conversations to have.

For more Starfield guides, check out Will Starfield have multiplayer or co-op? on Pro Game Guides.

Does Starfield have a voiced protagonist?