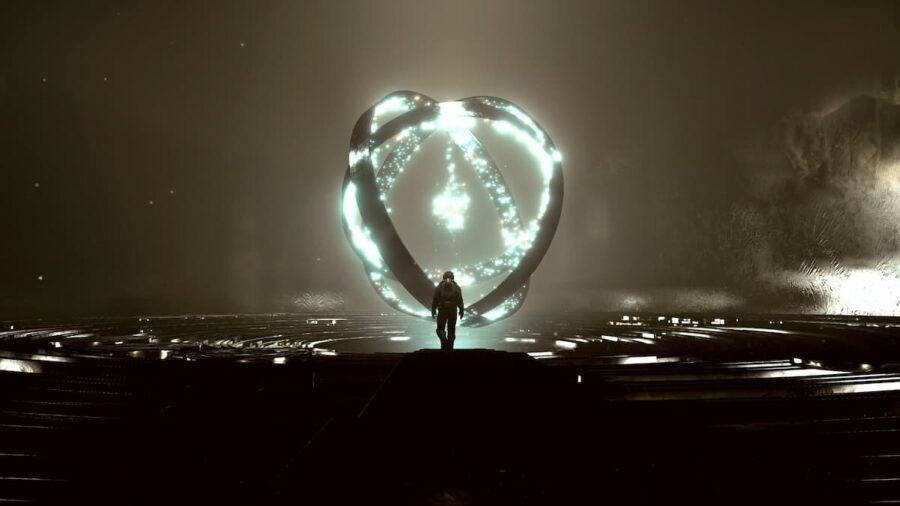 Did Bethesda make a new engine for Starfield?

Why did Bethesda make a new game engine?

Todd Howard said that engines are limited in their ability to make each world larger during Brighton Digital 2020. A new engine adds more features to these worlds.

Many of the features in Starfield require a lot of memory and power to use, as evidenced by the Xbox + Bethesda 2022 showcase. This includes the modifications to the ship, the many different worlds with plants and aliens, and the modding tools still available to players.

What is the Creation Engine 2?

In the Xbox + Bethesda 2022 showcase, fans could see how in-depth the character creation was. The models in Starfield look much better than those in Fallout 76, and players can customize the ships in a very intricate way. Additionally, Starfield adds RPG mechanics that let players choose their character's background and overall focus.

Related: Will Starfield have multiplayer or co-op?

Did the Creation Engine 2 delay Starfield?

It did not delay Starfield in the way you'd think. A new engine will always increase the time it takes to create a game. Bethesda would have had to teach its developers the engine and its features and allow them to experiment and learn them. Therefore, the development of Starfield would have taken longer than a game made with an engine that developers are familiar with, such as Unreal Engine.

This is still an essential step in creating the game, so it was probably planned ahead of time since every game studio reviews the engine they will use during pre-production. We don't know how long Bethesda has had the Creation Engine 2, and we have not heard that they have switched engines in the middle of development.

Even if they didn't have Creation Engine 2 when they began development, a lot of the early stages of game development do not require it. Other developers in the studio may have been writing the story, creating the art, or recording the voice lines as the engine was being programmed.

Will Starfield come with modding tools?

The Creation Engine 2, like the original, will come with modding tools for players. Many players will be familiar with GECK, which is what Bethesda used to let players make their own levels in their Fallout games. Starfield will most likely come with far more tools for players who are interested in changing the games in their own ways.

During Brighton Digital 2020, Howard encouraged the community to keep adding to and shaping the game. Bethesda.net's mod support gave modders a way to make their own mods, but modders have been encouraged to make their own for a long time. Even console players could benefit from mods in this way.

Will Bethesda.net be built into Starfield's Creation Engine 2?

When Bethesda created Creation Engine 2, they most likely kept Bethesda.net in mind, and there is probably better optimization in Starfield than there was in Skyrim Legendary Edition and Fallout 4. When Bethesda.net was first made, there was not a lot of player testing, so there were issues right from the start.

Now, Bethesda can use their experiences from previous games' usage of Bethesda.net to make Starfield run Bethesda.net much better with its new engine. It doesn't mean that there will be more features or that there will never be any bugs, as we don't know that yet. But we know that Bethesda never stopped supporting Bethesda.net, and they will likely continue to do so.

Can I use Starfield's Creation Engine 2 to get a job at Bethesda?

Many Bethesda fans are aware that Bethesda is open to potential candidates making their own levels using the GECK from previous engines. This was revealed in a NoClip documentary where Howard said he would ask interested job seekers for a demonstration of a level they could make using GECK. This documentary was made in 2018, so many hopeful fans would think that being able to use the engine may be a boost.

It has been a long time since Microsoft acquired Bethesda. Although we are sure that the process has become considerably more complicated than just showing a level, it is still a good idea to be able to use their tools to make games with them.

Will Starfield's new Creation Engine 2 have the same bugs?

Bethesda is known for making expansive games that permit a lot of freedom, so bugs are common in their games. While the Creation Engine 2 pushes the games further than before, it does not mean all of the bugs have been eliminated. A lot of testing is required to get rid of bugs, and many testers don't know what players will do when the game launches.

Furthermore, some bugs and glitches require a particular set of circumstances. Bethesda games are characterized by a great deal of freedom, which often leaves these little inconveniences, like a guard taking a particular path when an NPC attacks you, which could cause a glitch of its own.

For more on Starfield, check out What is the Starfield release date? or Will Starfield be on Xbox Game Pass? here on Pro Game Guides!

Does Starfield use a new engine?