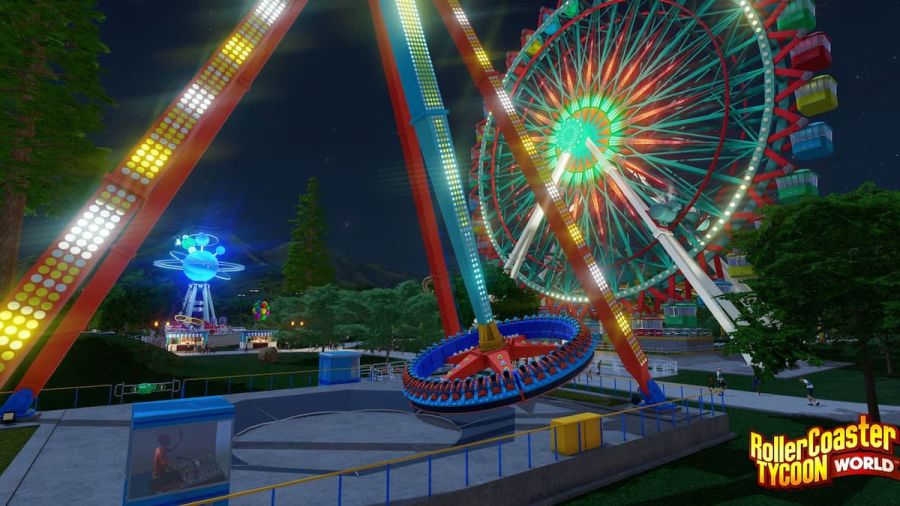 RollerCoaster Tycoon World was released in 2016 to capitalize on the renewed popularity of the theme park tycoon. However, the game failed to live up to its chief rival, Planet Coaster, and poorly implemented many systems, like fences and staff, that had worked in previous games.

The first 3d entry into the series, RollerCoaster Tycoon 3, kept with the aesthetic and concept of the original isometric graphics while adding many new features and additions to make it great. However, upon release, the graphics were compared unfavorably to the likes of even Theme Park World, a game from five years earlier. But time has served to show that this is still a worthy successor to the RollerCoaster mantle and remains perhaps in the top three of all 3d theme park games ever made.

The original RollerCoaster Tycoon is a benchmark game, a cult classic, and a genre definer for all tycoons. Sold across the US at Scholastic book fairs and making its way into thousands of homes and even classrooms under the onus of being “educational,” this classic game has few peers. But sadly, the very original 1999 game feels limited. It is vastly outclassed by its sequel and feels emptier than you’ll remember. An incredible important game that hasn’t aged as well as we’d like

RollerCoaster Tycoon 2 is the game that people remember when they’re thinking about RollerCoaster tycoon. This game is incredible adding hundreds of new features, a more polished engine, and a Six Flags sponsorship. There’s very little you can criticize here. It’s a beautiful game, with clean crisp pixel graphics perfectly framed on an isometric frame. It’s telling that the only games that surpass RCT 2 on this list are remakes and remasters!

RollerCoaster Tycoon Classic is (almost) the best way to experience RollerCoaster tycoon. Remastered by franchise creator Chris Sawyer, it combines both RCT 1 and 2 into a complete package, adding all the expansions and keeping all the visual style and feel. The only thing keeping this from the top spot is a few issues like a lack of resolution support, some weird new menus that don’t match the classic design, and other changes that take you out of the classic experience. Luckily, there is a perfect alternative in our number 1 spot.