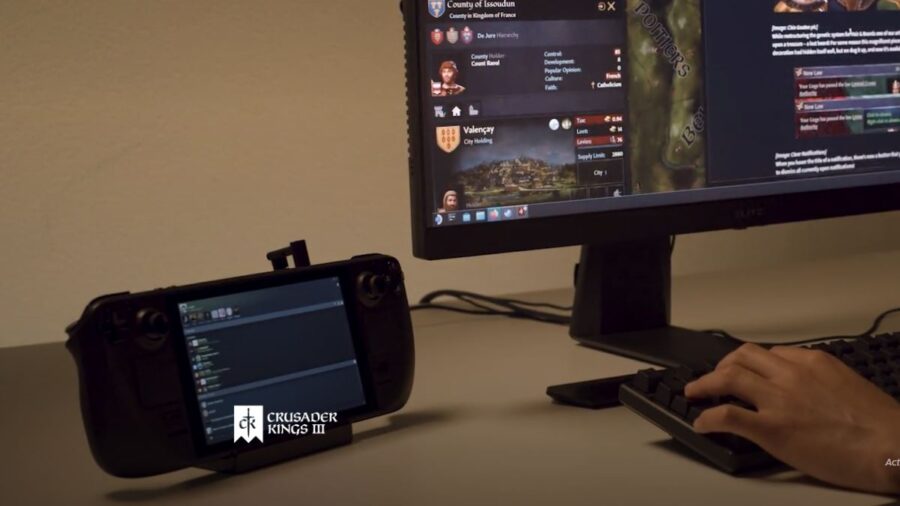 Valve has announced that in late 2021, they will be entering the portable gaming market. Valve's latest creation, the Steam Deck, aims to break into the same marketplace as its direct competitor, the Nintendo Switch. Unlike Nintendo's model, this handheld promised to bring all the comforts of PC gaming directly to the system. One major question users are asking is: does this mean mouse and keyboard are compatible?

Users will be able to use a mouse and keyboard in conjunction with the Steam Deck. Thanks to a USB-C port, players can pair external devices like wired mice and keyboards with ease. It also accommodates devices with Bluetooth connectivity. It can be used as a PC because it is effectively a smaller computer. It can install other game store applications, stream videos, surf the web, and be used for work.

Related: How to share games on Steam through Steam Family Sharing

Readers can check out the official announcement from the teams and Valve and Steam in the Tweet below:

A mouse and Keyboard aren't the only devices that the Steam Deck can use. Bluetooth headphones and fight sticks are another set of devices that work well with this console. The system's dock can even be hooked up to an external display, like a monitor or TV.