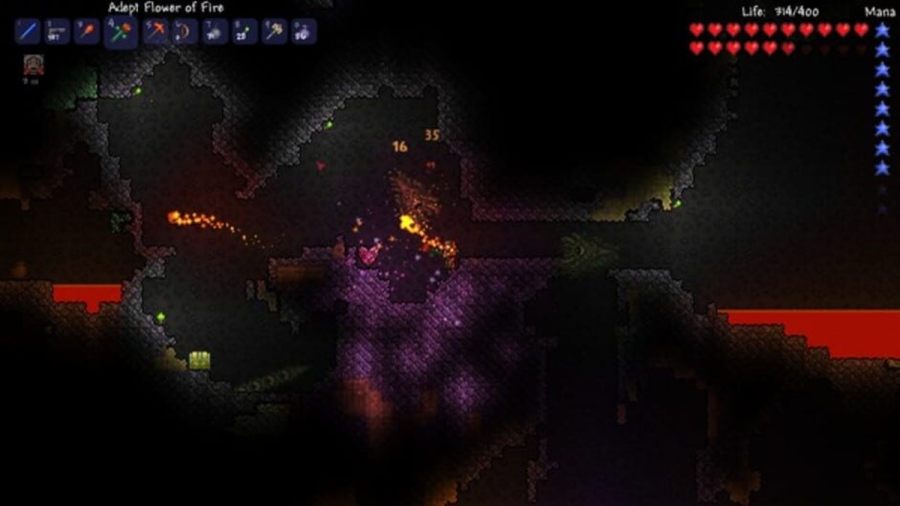 Having a powerful weapon in Terraria is an important boon, especially when it's time to take down one of Terraria's many bosses. This is especially true for melee weapon users who have to stay close to bosses to deal damage. Because of this, Magma Stones can be an invaluable accessory to have at your disposal. However, getting your hands on Magma Stones can be a challenge in of itself, so below you can find out how to get some.

Where can I find Magma Stones in Terraria?

If you're going to start hunting down Magma stones, you have two options and one location, those being Lava Bats, Hellbats, and The Underworld. Since Lava and Hell Bats only spawn within Underworld locations, and since they are the only two mobs who drop Magma Stones, this is your only option to farm these powerful accessories.

Hellbats will spawn randomly in The Underworld as soon as you arrive, flying around and attacking you. They deal plenty of damage to under-geared characters, so be careful when dealing with them. Lastly, be careful around all of the lava, for it will burn you to a crisp while Hellbats are completely unharmed by it. Note that the drop rate for Magma Stones from these creatures is ridiculously low at 0.67%.

Lava Bats are the Hard Mode version of Hellbats, and will only begin to spawn once you have killed a Mechanical Boss. They are harder to kill than Hellbats and deal more damage as well. However, they do have a significantly higher drop rate for Magma Stones at a flat two percent.

Related: How to get Shark Tooth Necklace in Terraria

What do Terraria's Magma Stones do?

The reason you'll want to farm Magma Stones in the first place is because of their applied effect on melee weapons. When applied to a melee weapon, the weapon will apply the Hellfire debuff to enemies struck with it, dealing 15 health per second in damage to the affected enemy.

The Magma Stone also has some other notable benefits. For example, Magma Stones can be thrown into shimmer which changes into a Lava Charm, an extremely helpful item which grants immunity to lava for seven seconds. Also, the Hellfire debuff cannot be put out by water, so any enemy affected by it will most likely be stuck with it.

There are some downsides to Magma Stones, however. First off, the Hellfire debuff lasts a very short time when applied, lasting two, four, or six seconds at random. Secondly, while this buff can be applied to melee weapons, tools, and even the Javelin and Bone Javelin, it cannot be applied to a whip weapon.

Want more information on Terraria? Check out How to get a Crystal Ball in Terraria and Terraria Summoner Armor Tier List from Pro Game Guides!

How to get Magma Stone in Terraria