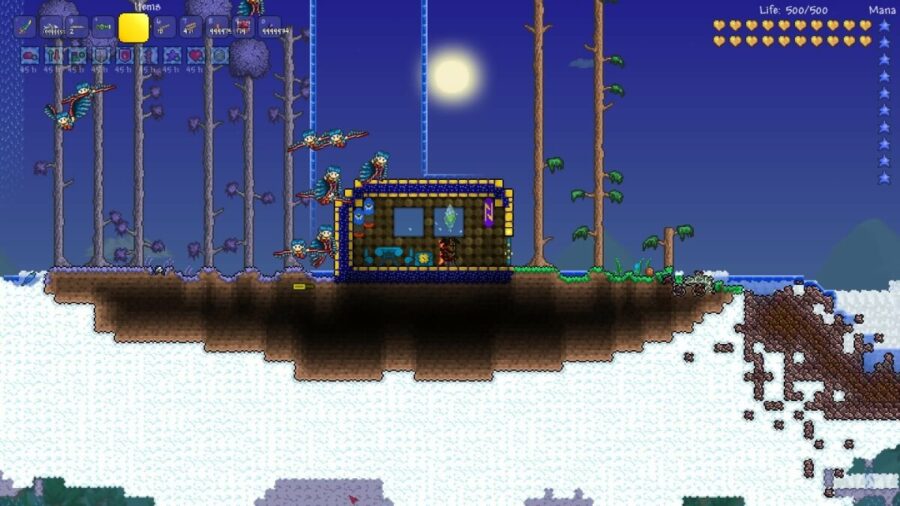 In Terraria, there is a dangerous biome called The Corruption and can spread to other parts of your world if you don't do something about it.

How to remove corruption in Terraria

Along with this, players can also use an item called holy water to turn corrupted areas into hallowed ones, an anti-corruption biome that can also be spread by planting hallowed seeds.

That being said, you can get holy water by crafting it from bottled water, five pixie dust, and one hallowed seed.

Besides throwing holy water around, there is one other way to remove and stop corruption from spreading in your game world, and it is by getting a weapon called the Clentaminator. The Clentaminator is a tool whose sole purpose is to be used to remove the corruption biome.

You can get the Clentaminator from the steampunk merchant NPC for 25 silver, and to use it to remove and stop corruption; you will need to buy the right solution. There are several kinds of solutions that can be used to turn biomes into other biomes, one of which can actually turn biomes into corrupted ones.

That said, you will want to purchase the one called purple solution as when used with the Clentminator, it will turn biomes into the hallowed biome.

For more on Terraria, we at PGG have you covered with tons of guides like How to Make a Cell Phone in Terraria and How to Summon All Bosses in Terraria.