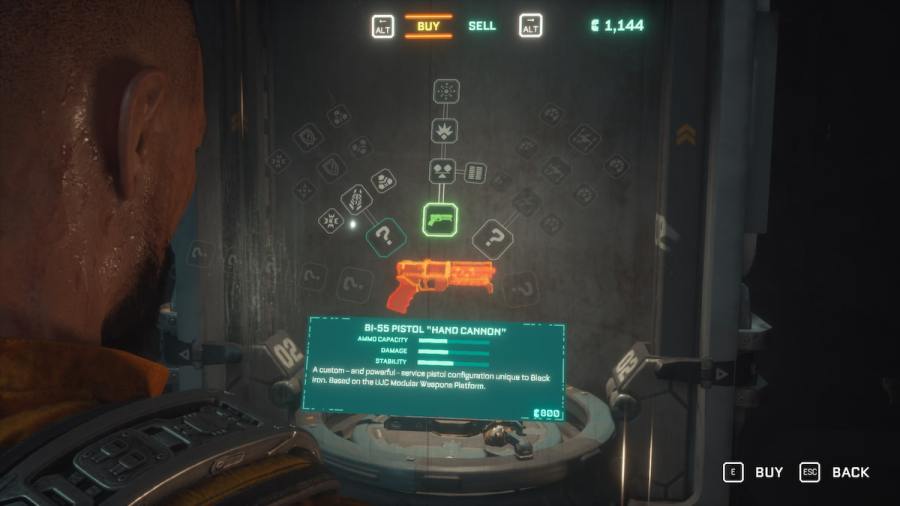 There are a total of six weapons in The Callisto Protocol, and three of them are given to the player by simply playing through the game. Every weapon has the potential to kill enemies, but each weapon can stagger stagger enemies, too. With limited resources, it can be difficult to figure out which weapon to upgrade, as upgrading everything won't be feasible. These are what weapons to focus on first in The Callisto Protocol.

Each weapon serves its purpose in The Callisto Protocol, but knowing how to use them is important when upgrading each one.

Related: Can you respec in The Callisto Protocol?

The Stun Baton will have its uses for most one-on-one fights and is the best option for any player struggling with ammo conservation. It begins to drop off after a while unless its damage is fully upgraded but will be hard to use when fighting multiple enemies at once. Both the Pistol and Hand Cannon both work very well with melee attacks and can hold their own.

For pure damage, the Riot Gun and Skunk Gun will take out most enemies with just a few shots. If players have every weapon, their random pickups will include ammo for each weapon they have. For the early game, the Hand Cannon and Riot Gun are the best recommendations to get through the entire game, especially with their Alt Fire.

For more weapon guides, check out How to kill the Two-Headed Abomination in The Callisto Protocol here on Pro Game Guides.

What weapons should you upgrade first in The Callisto Protocol?