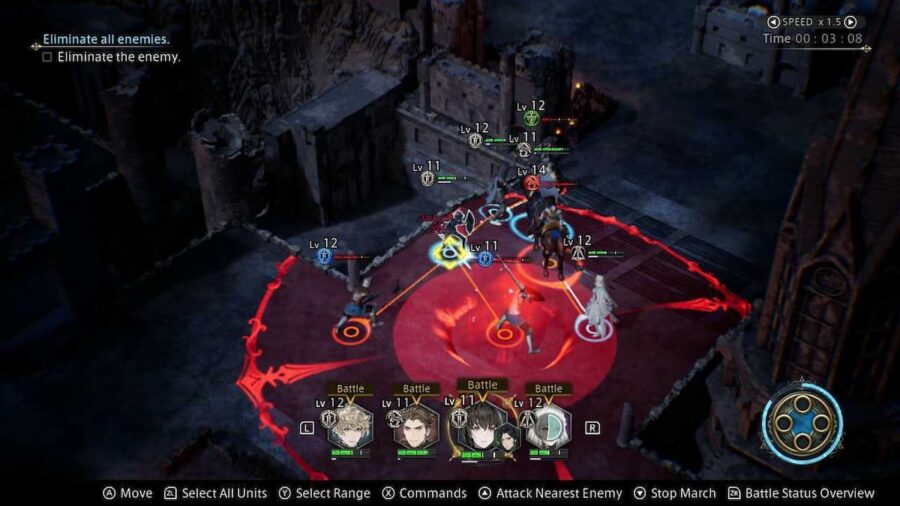 Enemies in The DioField Chronicles always pose some threat because of one thing: skills. Enemy skills have a large target area and deal considerable damage, especially on higher difficulties. Your units are often too slow to avoid most of them. You sometimes can't escape if multiple enemies trigger their skills simultaneously. The good news is that skills take time to "cast" and can be canceled.

How to stop enemy skills in The DioField Chronicle

To cancel an enemy skill, use a skill or attack them with a weapon that can inflict a status ailment that prevents them from acting—namely Stun, Freeze, and Sleep. The status ailment won't always land, so be sure at least two characters can perform a "skill break." This way, if your first attempt fails, you have another ally that can stop the skill even if the other is on cooldown.

Alternatively, you can also use a cavalier to push the enemy back and move the range of the enemy's attack. However, this method will only work against melee enemies. The target area of an arrow or spell skill won’t change no matter how far back you push the enemy.

Related: Best Abilities to unlock for each character first in The DioField Chronicle

All skills that cancel enemy skills in The DioField Chronicle

The skills a character can use depend on the weapon equipped, so don’t forget to look at them before you make your purchase.

How to cancel enemy skills in The DioField Chronicles