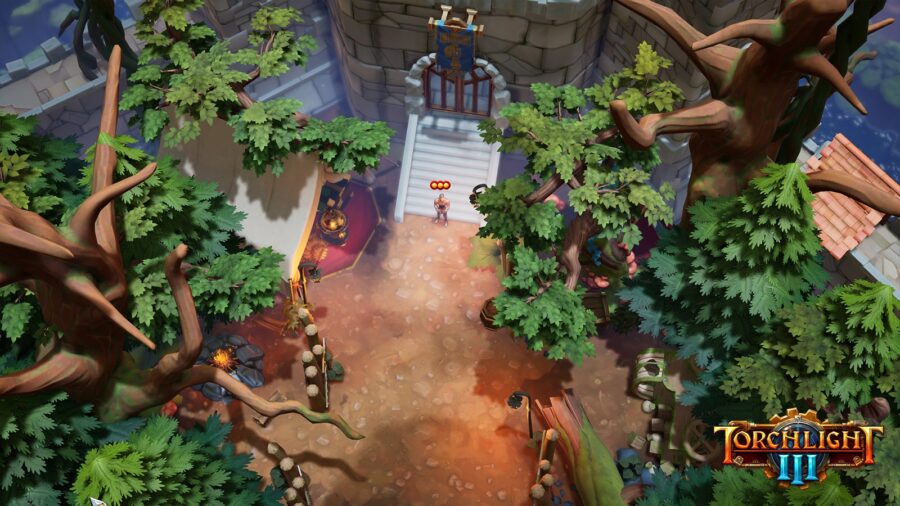 Torchlight 3 is all about the loot. Having an ARPG (Action Role-playing Game) without it raining loot down upon your murdering heads is weird! Now, most ARPG come with difficulty settings that change how the loot works, the higher the difficulty, the more loot, experience, gold is dropped, so it's very much risk-reward. The best choice of how this works is Diablo 3 and it's torment system, as that is spectacular in every way. But how does Torchlight handle difficulty? Well, here is a guide explaining if you can change the difficulty in Torchlight 3 or not?

Can you change the difficulty?

The answer is yes; you can, but not in the way you would have thought to do so. It's bizarre and extremely annoying. There is no way to change any form of difficulty from the options menu alone. If you are already playing a game and want to have that quick adjustment to make it harder, well, you actually have to go back to the main menu. From there, reselect your character, and then you can change your difficulty. It's a massive hassle; we're happy there's an option, at least but being so convoluted is unnecessary.

What upping the difficulty do for me?

Changing the difficulty does slightly change how loot and other aspects work but not by a massive margin. Three things change on difficulty levels higher than normal: gear luck, potion luck, and monster movement speed. The bonuses for each difficulty levels are the following:

Monsters at higher difficulties deal more damage and have more health, and, of course, move faster. Champions, the elite type of monsters have a higher chance of spawning more often and boss fights are tougher. 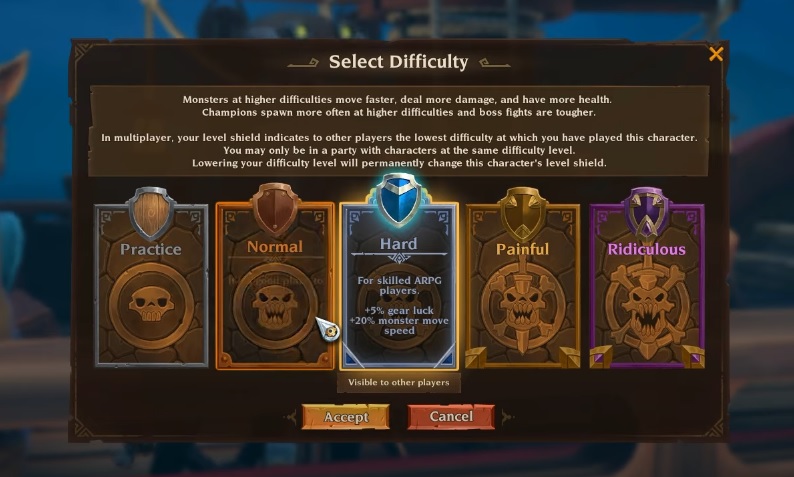