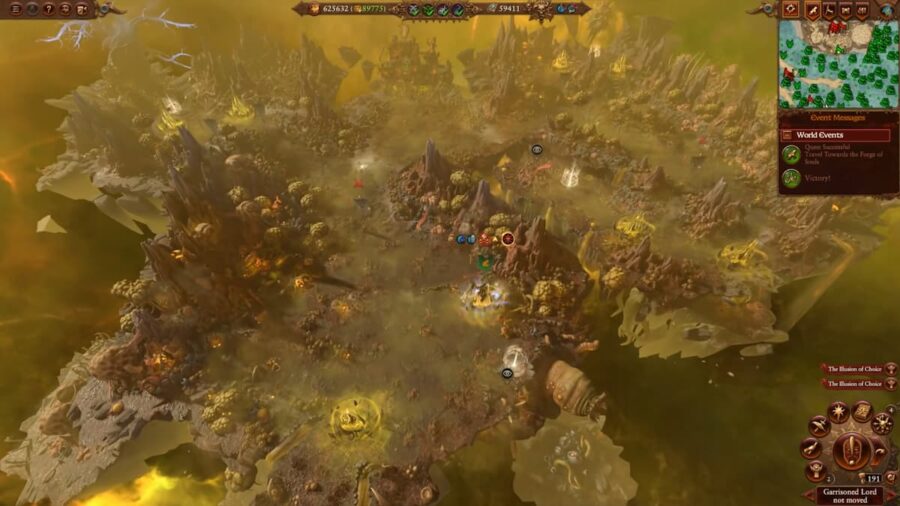 In Total War: Warhammer 3’s primary campaign, the Realm of Chaos, you must enter all four Chaos Realms and retrieve a Daemon Prince soul. You have to capture all four souls in order to unlock the final battle with Be’lakor to complete the campaign.

The Chaos Realm of Nurgle is one of the most challenging and frustrating to beat. To head there, use your Legendary Lord’s army to enter one of the Chaos Rifts.

Once you’ve entered the Realm of Nurgle you’ll find there are four objective markers. You must travel to the one designated in your objective. It’s usually the one on the opposite side of the map to your starting point.

Reaching the objective point will give you 25-percent resistance to this attrition and unlock the final battle. This final battle is a Survival Battle that has you face waves of Nurgle forces. Depending on your faction, this can be incredibly difficult. If you’re a melee and non-magic-focused faction, it’s very hard to survive, as being in close combat with Nurgle armies is challenging.

Once you’ve cleared the Survival Battle, you’ll free the Daemon Prince soul and be one step closer to completing the Realm of Chaos campaign.

How to claim the Daemon Prince soul in the Chaos Realm of Nurgle — Total War: Warhammer 3