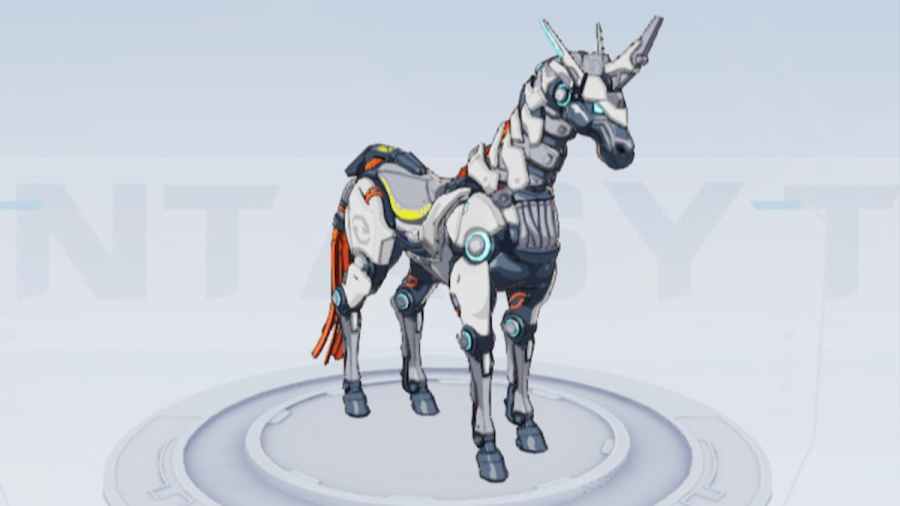 In Tower of Fantasy, players get to explore the world around them using numerous unique vehicles they can unlock. These vehicles range from a motorcycle, floating cubes, and giant mechs. These help you cover the lands of Aida with efficiency and style. Amongst all vehicles in the game, however, one of the most interesting ones is the Monocross, a cybernetic horse made of metal. This guide will tell you what you need to unlock the Monocross in Tower of Fantasy.

How to unlock the Monocross mount in Tower of Fantasy

How to get a Unicorn Power Core in Tower of Fantasy

Collect seven Fiddlehead plants from Banges and seven Brown Rice from Navia. Use a cooking station to add the ingredients together and obtain Fiddlehead Pie.

Related: How to get the Dust Wheeler in Tower of Fantasy

Transmit to The Miners' Spacerift and head southwest. At coordinates 278, 284, you should see a large red and blue crystal formation on the rock face. Head over to the left side of the crystal formation, and pick up the Strange Residue from this corner.

Once activated, a brief cutscene will play out. After this is done, you can collect the Ore Chunk and the Unicorn Power Core.

Related: How to get Cybernetic Arm/Grappling Hook in Tower of Fantasy

How to get a Unicorn Bionic Frame in Tower of Fantasy

To obtain the Unicorn Bionic Frame, players will first need to transmit to the Southern Naa Fjords Spacerift. Then, head further north across the ice, toward the large building called Dawn Frontier. Reach the roof of the building using your Jetpack. The password code required to enter the building is 7092. Once you're inside, sneak past the enemies and avoid detection. Go to the bottom floor of the building, and you should be able to find the Unicorn Bionic Frame in a Supply Pod in one of the alcoves down there.

How to get the Unicorn Cyberlimbs in Tower of Fantasy

How to get a Unicorn Head in Tower of Fantasy

The Unicorn Head is the only component that is not a guaranteed drop. Therefore, players might need to farm for quite some time before obtaining this rare part. The Unicorn Head is a low-probability drop that players can collect from defeating Devotee Noah and Devotee Eber. Both enemies have less than a one percent chance of dropping the Unicorn Head, so be prepared to go back and forth between these two enemies frequently. Devotee Noah can be found next to the bridge located northwest of the Parliament Spacerift. To find Devotee Eber, transmit to the Crown Omnium Tower and head east toward the small stronghold on the coast.