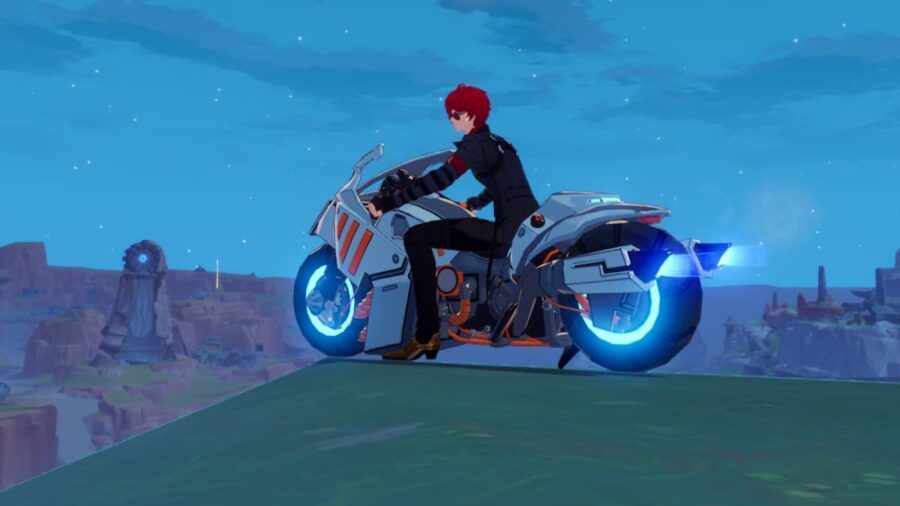 Tower of Fantasy introduces players to the vast lands of Aida, where they will have to explore high and wide to uncover various mysteries. Although you can pull off sick moves like double-jumps and mid-air dashes, traveling on foot is not nearly fast enough. Fortunately, players can unlock many vehicles in the game to help make traversal easier. From a floating cube to cybernetic animals, here are all the vehicles in Tower of Fantasy and how you can unlock them.

All Vehicles in Tower of Fantasy and how to unlock them

The Falcon is the first vehicle players will receive in Tower of Fantasy and does not require any components to unlock. All you need to do is progress the storyline and complete the first chapter of the main quest. After reaching Hykros, complete the short quest involving disarming bombs. Upon completing the quest, speak with Goltha, who will give you the Falcon. Obtaining the Falcon unlocks the Vehicles menu in-game.

This levitating cube was originally a China-exclusive vehicle. However, to celebrate reaching four million pre-registrations, the developers included it in the global release as a part of the pre-registration rewards. Therefore, all you need to do to claim this weirdly awesome vehicle is finish the initial tutorial and claim it from the rewards page in the top right corner of the screen.

Related: Which SSR Relic should you pick first in Tower of Fantasy?

The Dust Wheeler is a vehicle you can unlock by reaching the pinnacle of the PVP rankings in Tower of Fantasy. Therefore, this monowheel is a bragging right for those who can prove their mettle against other players. Players need to attain the rank of Grand Marshal in the Apex Leagues to unlock the Dust Wheeler. Once the season ends, they can claim their reward.

If you prefer to traverse the lands of Aida on your trusty steed but would rather not forego the latest advancements of omnium tech, then this is the perfect mount for you. The Monocross is a cybernetic horse that players can unlock by collecting the following four components from different locations.

The Voyager seems like the hull from a Star Wars podracer slapped on with a beefy muscle car nose swap—complete with hood-mounted exhausts. Players need to collect four components from the following locations to unlock this hotrod-like hovering vehicle.

Related: All Characters and Simulacra in Tower of Fantasy

Let's not beat around the bush here—mechs are awesome, and we all want one. Fortunately, in Tower of Fantasy, you can get your omnium-powered bipedal mech to help you travel the lands. To unlock the Omnium Beast VII, you need to collect the following three components.

The Chaser is a rideable pogo stick that floats through the air. You will need to collect the following two components to unlock this vehicle.

The Mechbird is another cool vehicle for when a metallic horse just isn't weird enough for you. As awesome as this mount is, it is not yet available in-game. The Mechbird will arrive in week four of the global release, and players will need to collect the following four components from the Terrible Invasion Event.

How to Unlock All Vehicles in Tower of Fantasy