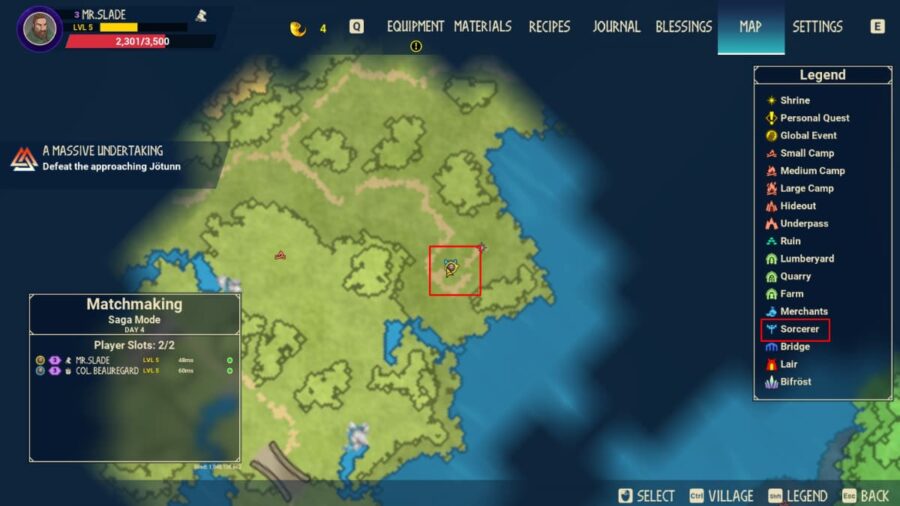 A Sorcerer is a special merchant that players can sometimes find in the Land of Pool and other biomes in the game, which they can buy rare items in exchange for souls.

The items he sells and where he is located also vary between games, but he can nonetheless be found via his special icon on the map, as shown by the red boxes in the image above.

That said, it's also worth noting that you can only buy items using this special NPC in the game, and to sell items, you will need to locate Merchants in the game.

Related: How to get Bones in Tribes of Midgard?

Merchants, in short, are dwarfs and can be found via money bag icons and, like the Sorcerer, can be found in most biomes. Depending on the biome, the items being sold by the Sorcerer will also change, so if you want a certain material only obtain in the Land of Pools, the Sorcerer might sell it.

Another thing is that these merchants will accept many items in exchange for souls, which can be a good thing as specific items like the fabled golden egg can sell for something around 200 souls.

Selling items via this NPC can also be a good way to get rid of any unwanted items or ones you have an overabundance of. That being said, once you locate both merchants, we highly recommend keeping track so you can use both of their services throughout your match session.