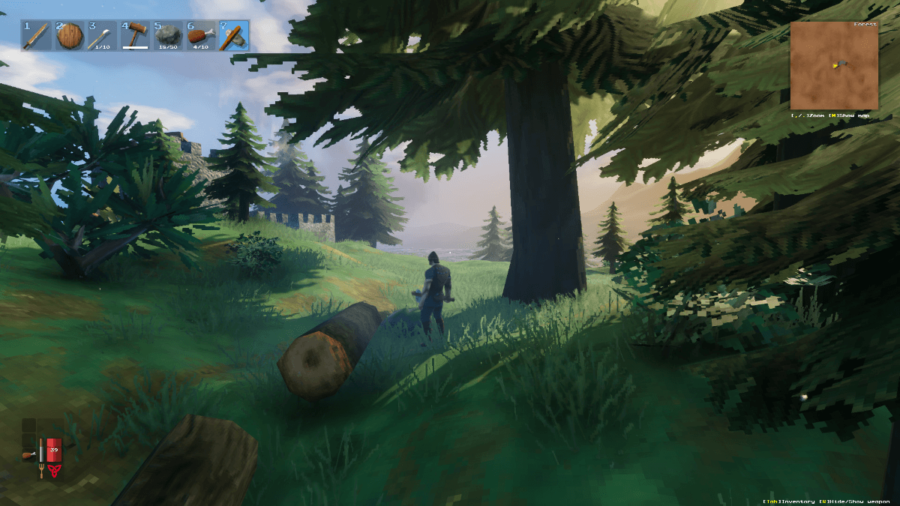 With the recent update of home and hearth, players can now build an item called the obliterator to destroy items in Valheim. You can make the Obliterator in Valheim with the following materials listed below.

Once placed, put any items you don't want inside the obliterator and they will be destroyed soon after. Overall the obliterator is a lifesaver and one of the best things to be added in the recent update, as it just saves precious time in the game.

Perviously if you wanted to destroy items, you had to throw them on the ground away from your base, and wait for them to disappear after about two full game days. You could also press f5 to open the console and then type imacheater to activate cheats, and then removedrops to get rid of any item you threw on the ground instantly.

Along with using commands, an old method was to you throw whatever item you didn't want anymore in the water, as the minute any item drops in the water, you can't pick it up again.

Related: How to recover and back up your game in Valheim

Selling certain useless items such as amber and rubies to the trader that wanders around in the black forest is was also good option for clearing precious inventory space.

If you don't know already, you can randomly find the trader in black forest biomes; if you are near him, a bag icon will pop up on the map. However, if you are looking for a button that will simply destroy the item, it doesn't exist, and you will have to go either one of the options we just gave.

For more on Valheim, we at PGG have you covered with an expanding roster of guides like how to make a workbench and how to get the Swamp Key in Valheim. Along with these two awesome guides, check back later and we will have even more guides for Valheim coming out in the weeks and days ahead.