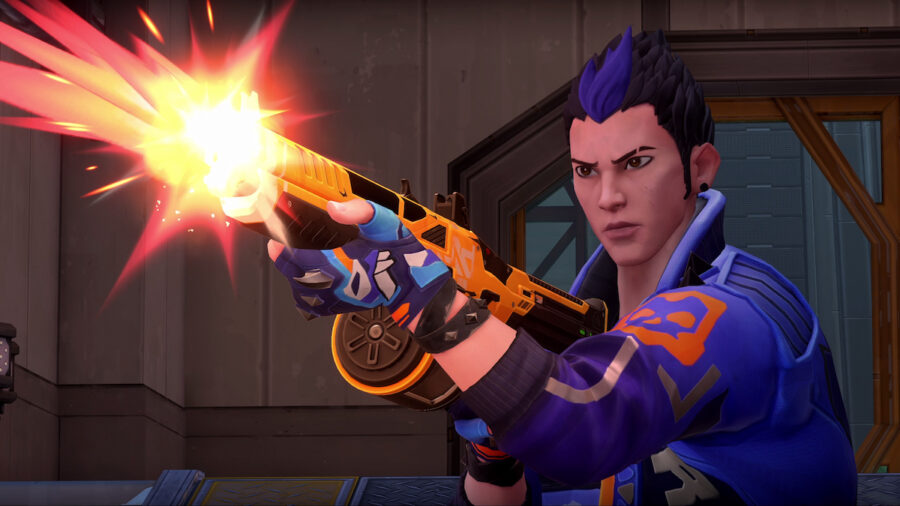 Valorant being a free-to-play game, makes most of its money from cosmetic purchases. Therefore, players can buy cosmetics to support the developers rather than keep them behind a paywall. In the last year, the game has seen some unique cosmetic bundle that appeals to every section of the community. Starting from the minimalistic to fantasy-themed skins, there is something for everyone.

Choosing the right weapon cosmetic might be a daunting task for players. Therefore, we have arranged the best weapon skins list for Valorant to help you find the best cosmetics and find out what makes them unique to the community.

There's no better way to start the best cosmetics list in Valorant than mentioning the famous Reaver Vandal. The Reaver collection originated during the game's beta period, and fans couldn't get enough of it. The developers revamped the entire bundle and the collection is phenomenal. The reload animation, scope, and everything are themed dark and evil, making it look terrific!

The Reaver Vandal, in particular, feels very nice to control recoil and land the crisp headshots. The weapon is so popular among the fans that Riot Games had to bring it back in the store as a part of the Give Back Bundle.

Related: All Valorant Callouts for each map

Moving to a more budget option, the Ares also has a great cosmetic which included the Singularity version. The whole Singularity bundle looks aesthetically pleasing. The best part arguably in this bundle is the kill animation that looks like a collision with a black hole which sucks the last enemy into oblivion.

The weapons in this bundle have a colour grading of neon purple and black, which complements each other very well. The weapon also has three additional variants that change the colour pattern drastically and make it look very appealing to the fans.

Who wouldn't want a living dragon as a weapon? The Elderflame Operator is the most expensive rarity of cosmetics in Valorant and for a perfect reason. It brings the medieval dragons'’ fantasy as weapons and the inclusion of operators in the line-up makes it even lethal for enemies. The weapon animations resemble a real life-dragon, with fire and the sound sounds very satisfying upon shooting.

While it might be distracting to some players, it is one of the best cosmetics to have in your Valorant cosmetic loadout. The Elderflame Bundle also comes with three other colour variants that change the guns' way and feel entirely.

One of the smoothest cosmetics for the Phantom would be the Ion skins. The Ion Bundle brings a modern and sci-fi member to existing Valorant weapon skins. Starting from the reload animation to its final kill animation, which explodes the enemy into smithereens. Players prefer to use this weapon as it feels way easier to control the recoil of the weapon.

If you're into sci-fi themes, then purchasing this cosmetic should be a no-brainer to you!

Loved Cyberpunk 2077? Well, this weapon Bundle for the mighty Odin and few weapons should be right up your alley. The modern and surprisingly bright cosmetics seemed to resonate so much with the community that the developers introduced a Glitchpop 2.0 Bundle that included new cosmetics in the same skin line.

Glitchpop also has three other colour variants other than the base variant, which changes the weapons' look. The sounds after each kill are very satisfying to hear. Moreover, the final kill animation projects holograms on the sky and sides, which looks impressive in Valorant.

Valorant cosmetics do not grant an advantage to the user. However, it might boost your confidence to land those satisfying one-taps!

Check back at Pro Game Guides for more in-depth guides for Valorant.

All Weapons Damage Stats in Valorant

All Valorant Callouts for each map

How to Reduce Lag in Valorant