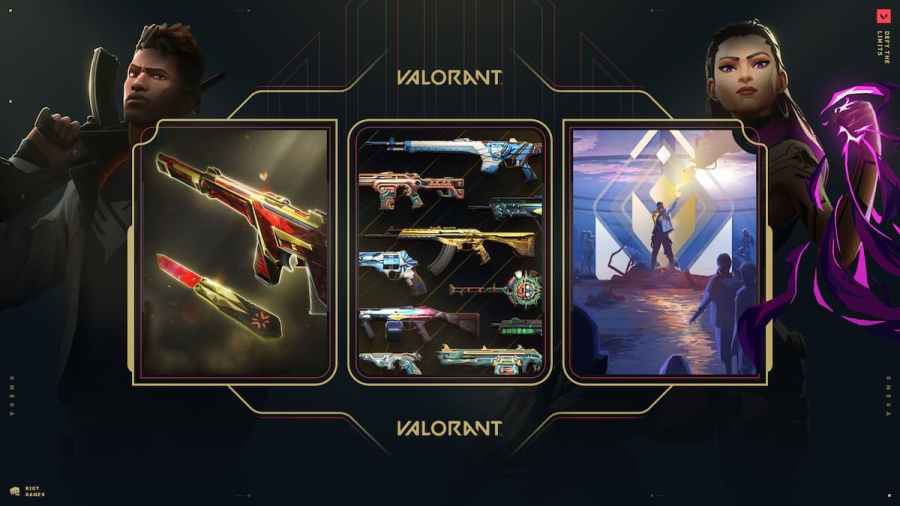 With Valorant Episode 5 Act 1 officially ending today, all the focus is on the next upcoming Act 2. The new season debuts on August 23, 2022, with a lot of new game content in the form of a seasonal battle pass, Valorant Championship event pass, and Valorant Championship bundle. Unfortunately, to the surprise of everyone, the Valorant Episode 5 Act 2 will not feature any new agent, map, or game mode. You can read the in-depth details of the latest content below.

Unlike previous seasons, the developers have designed the latest Battlepass based on a common theme: Myths & Legends. So, every cosmetic item in the battle pass, from the premium Vandal to the free tier Sheriff, will be inspired based on the same theme. You can purchase the Valorant Episode 5 Act 2 battle pass for 1000 Valorant Points from the game store. You can find some of the major highlights from the battle pass given below.

Related: How to use Clutch Mute in Valorant

The latest season will also add a new crosshair customization feature to the base game. Players can use the new feature to change their crosshair color to any random color of their choice using the six-digit RGB values. You can also tweak the horizontal and vertical lines of crosshairs to fine-tune your designs. Apart from these changes, you can save 15 crosshair profiles instead of the previous 10.

You can expect the sale of the Valorant Championship 2022 bundle set with the start of the new season. It's a limited-time bundle and will only be available to purchase from August 23 to September 21, 2022, inside the game store. Like the previous year, 50% of the sales earnings from the set will return to the participating teams in the Valorant Global championship set to begin on September 1. The exact price of the set is not available but is rumored to be available at 6265 Valorant Points. You can find all the items in the bundle set below.

Related: How to make the Shuriken crosshair in Valorant

The upcoming act will also have a free Championship Event pass. It is a limited-time complimentary event pass for esports lovers to celebrate the second Valorant Global Championship. The free event pass contains gifts like title cards, gun buddies, and radianite points. You can unlock the rewards by playing the game and collecting XP.