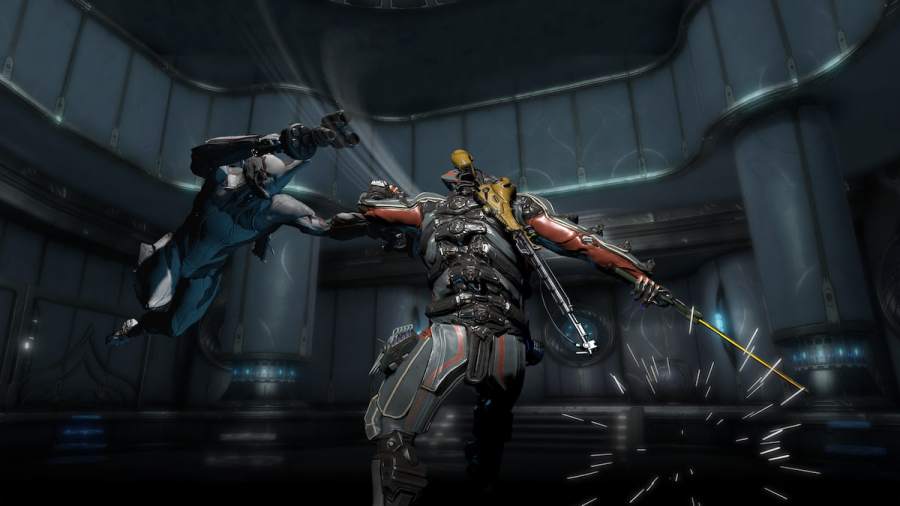 Tier list of all Kuva Lich Weapons in Warframe

All Kuva Weapons in Warframe, ranked

Kuva Nukor is one of the most powerful secondary weapons in Warframe. It's a beam weapon that can connect with multiple enemies and gives you additional critical chance. These properties, coupled with a 5x critical damage multiplier, make this weapon a must-have for all Tenno.

Kuva Bramma is an oversized bow that fires explosive bolts that explode on impact, delivering a small cluster of explosives upon contact. It offers 839 Blast damage and 35% critical chance per shot. Combining it with elemental mods and hunter munitions will give you an incredible AOE weapon. Its only downside is the small ammo capacity.

This weapon is a Kuva Arch-gun, belonging to Archwings. It fires explosive rounds which travel in an arc, dealing Blast damage primarily. In our experience, it is definitely the best gun you can get for Archwing or Necramechs. It has good all-around base stats that dominate any other choice.

The Big Kuva Shotgun. Kuva Zarr is one of the most powerful primary weapons in the game and incredibly satisfying to use. Blasting hordes of enemies in front of you has never been this easy, not since the original Zarr became available. Kuva Zarrr provides the same experience, with critical and status chances being significantly buffed.

This Kuva weapon has no ordinary, non-Kuva equivalent. It is a completely original concept, a flintlock-styled rifle that deals incredible amounts of explosive single-target damage. It's perfect for landing high-damage headshots.

A Tier Kuva Weapons in Warframe

This Brakk variant of a famous shotgun pistol offers a larger magazine, better fire rate and ammo reserve, more base damage, and better critical and status chances. It has a significant damage falloff at long-distance shooting, but you can counter that with the Lethal Momentum mod. It deals Impact damage.

Original Tonkor is a legendary weapon among all Tenno, with its damage output being undisputed for a long time. That came to a halt with the introduction of Stagger in the game, making the weapon significantly less desirable. This problem lingers on the Kuva variant, unfortunately. Self-stagger and a small ammo reserve are the only reasons Kuva Tonkor isn't in the S Tier. It packs a more potent punch, greater AOE effect, and higher status and critical chances. The arming distance of grenades is removed and the blast radius is set at seven meters. Upon direct impact, they cause a knockdown, and the explosions can go through walls.

This Kuva version is a buffed Hek shotgun edition with a boost to critical and status chance and damage falloff range. The unique ability of this shotgun is that it can fire four times at once using Alternate Fire.

B Tier Kuva Weapons in Warframe

This Kuva variant offers better critical and status chances than the regular Quartakk. Burst fire is noticeably more effective on this quadruple rifle, and you should forgo using the full auto mode at all times.

Kuva Kohm is a significant upgrade over the standard variant of the Kohm auto-spool shotgun, at least on paper. It offers a buffed status chance, critical chance, and an increased rate of fire. The downside is a diminished ammo reserve and a much harsher damage falloff compared to the regular weapon variant.

This creates a dilemma, however. Kuva weapons are usually the stronger variants of their regular counterparts, but this isn't necessarily the case with Kuva Kohm. The regular Kohm's performance can be significantly boosted using the Riven mods. If you're willing to deal with Riven mods and their downsides, the regular Kohm can be a much better choice than its Kuva counterpart. Otherwise, you should probably stick with Kuva Kohm.

Kuva Hind is an upgrade over the regular Grineer version of Hind, with a significant buff to all stats across the board, but at the expense of a slower reload speed. It deals Slash damage and has a full auto mode available in addition to its burst fire and five-round burst. Cycling through fire modes also changes Kuva Hinds's stats in some way. Semi-auto crits more, while full-auto dishes out status effects more quickly.

This Kuva version of Karak provides significant stats upgrades across the board. With 31% status chance, 2.1x multiplier, 23% critical chance, and 23 base damage, you will not find this assault rifle wanting. Additionally, the Kuva variant offers higher accuracy, partially buffed by reduced weapon recoil.

Kuva Ogris is a successor to the original Ogris rocket launcher. Dealing Blast damage as expected, this Kuva variant also brings a semi-automatic fire, increasing damage to 687 points and status chances by 47%. The only downside is a significantly nerfed ammo economy, barring this weapon from higher tiers.

A Kuva variant of a Grineer war hammer called Shildeg, this Kuva weapon brings the highest critical multiplier of all hammers in the game. The critical multiplier is also buffed to 2.7x, the critical chance to 31%, and the 60% progenitor buff. These upgrades would easily place Kuva Shildeg on top of S Tier if the weapon wasn't based on dealing Impact and Puncture damage, which are the worst in the game.

This Kuva variant of the Kraken burst-fire pistol offers larger bursts, higher critical and status chances, greater fire rate, and magazine capacity. The weapon especially shines when you use its alternative fire mode, which can empty its magazine instantly, dishing out copious amounts of damage. Unfortunately, more is needed to keep up with today's meta, and Kuva Drakgoon underperforms significantly compared to other weapons from this tier list.

Kuva Grattler is a changed version of the standard Grattler flak cannon for zero-gravity combat. This is the only case where the Kuva counterpart is truly underperforming compared to the standard version. The Kuva variant has a higher critical and status chance and a bigger critical multiplier, but it has a significantly nerfed base damage.

Kuva Kraken is a significantly improved variant of the Kraken burst-fire pistol, which most players regard as the worst general weapon in Warframe. Kuva Kraken brings better stats across the board, which the base version of this gun sorely missed. The weapon's alternative fire mode makes it usable, but it remains lackluster compared to today's standards.

Interested in more Warframe guides? We have you covered. Check out All weapon buffs and nerfs in Warframe Veilbreaker and Warframe Amalgam Mods, explained and how to get here on Pro Game Guides!