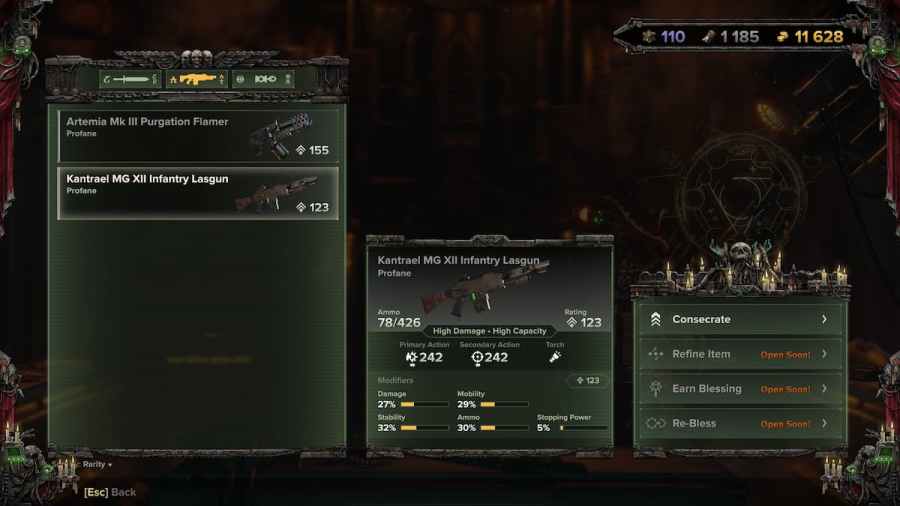 At its launch, Warhammer 40k Darktide's crafting system got changed significantly. Players were given access to a Shrine of the Omnissiah, where they could change the rarity of their weapon. That was the extent of their ability to modify their armory. The rest of the features have been omitted. Developers made it no secret that they ripped the entire crafting system out of the game because they weren't satisfied with it. But the question remains, when will the players get it back?

When will the crafting be implemented in Warhammer 40k Darktide?

Fatshark hasn't officially stated when the crafting will be fully implemented in Warhammer 40k Darktide. Nevertheless, they have claimed that they will be updating the system incrementally, like with the game's first big patch. We are expecting four other crafting features to be implemented during December. If no delays happen, the crafting system will be completed before the end of the year.

According to the game's designer, the crafting system just wasn't good enough since the beginning. Facing the hard choice between scrapping the system before the release and going with what they have, they have chosen the former. Giving the players a working crafting system and taking it back would create a negative experience. Fatshark's mission is to focus on the long-term life of the game. With that in mind, playing safe and releasing a carefully implemented crafting system seems like a step in the right direction.

When will the rest of the Crafting be introduced in Warhammer 40k Darktide?