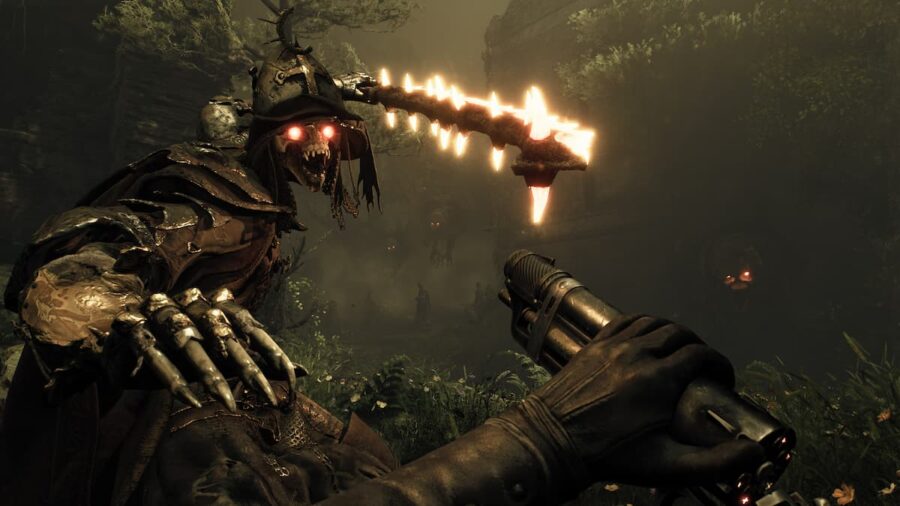 Image via The Astronauts

Witchfire is being developed and published by The Astronauts and was first announced in 2017. This epic fantasy game combines fantasy evil with guns and delivers fast-paced, satisfying action.

Everything we know about Witchfire

What is the release date of Witchfire?

Witchfire is scheduled to release in early access in Q4 of 2022. You can follow the official The Astronauts Twitter for more information and updates. When a more concrete date is provided, we'll be sure to update it here.

What platforms is Witchfire coming to?

Witchfire has been confirmed to launch on PC through the Epic Games Store. The developer did confirm that Witchfire would come to other consoles, but no timeline was given on that extended release.

Is Witchfire an FPS?

Witchfire is a dark fantasy first-person shooter where you take on the forces of evil. You can use various weapons, including guns, magical powers to defeat monsters, and more. Witchfire looks to combine narrative with heavy action to create a unique title.

Witchfire received a new trailer during the 2022 Summer Game Fest. You can check out the trailer on the official TheGameAwards YouTube channel alongside other titles such as The Callisto Protocol.

For more information on gaming, check out What is Aliens: Dark Descent? – Release date, platforms, & more! and How to get open beta early access for Call of Duty: Modern Warfare 2 on Pro Game Guides.

What is Witchfire? Release date, platforms, and more!