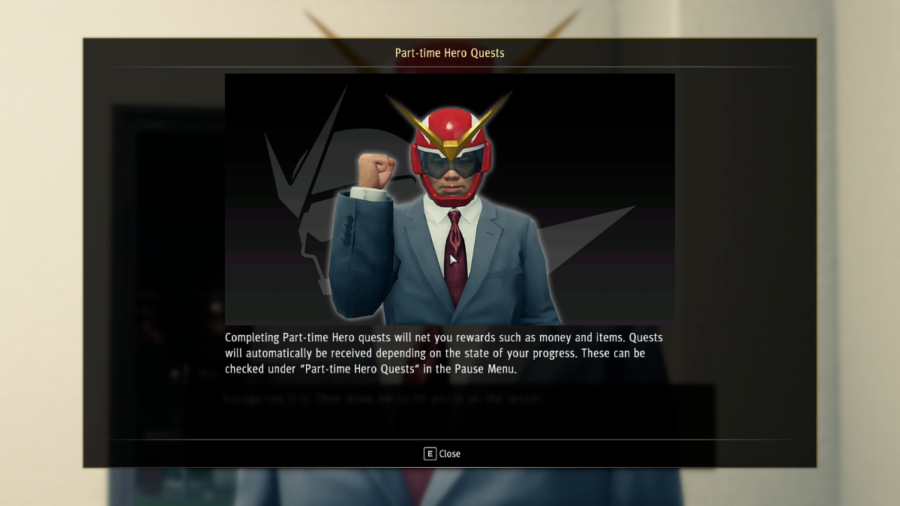 When do you unlock Part-Time Hero? 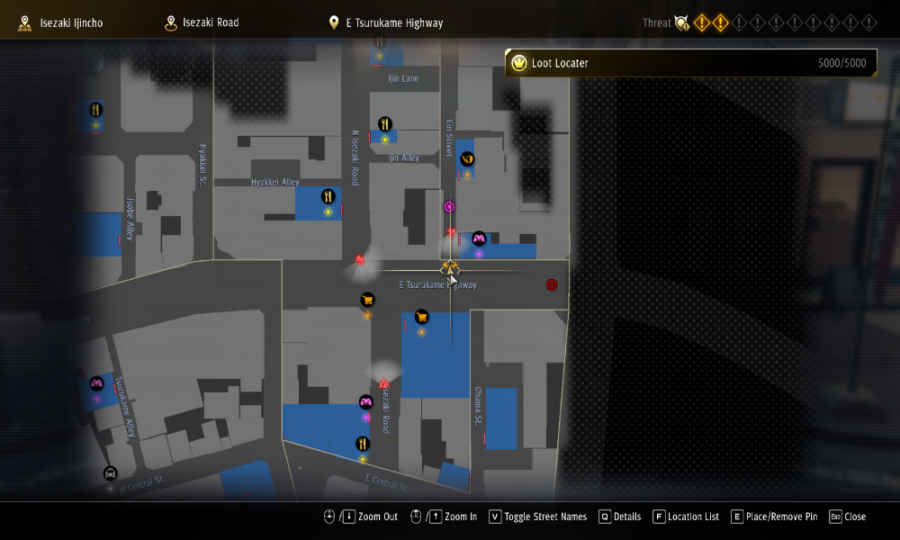 In short, in order to unlock Part-Time Hero in Yakuza: Like A Dragon, you need to progress to the start of chapter five. At this point, the substory called "How to Become a Part-Time Hero" will be available by heading up from the following location above in the restaurant district; starting it and completing it will unlock Part-Time Hero.

To start "How to Become a Part-Time Hero," you will need to run up the street from where our marker on the map is; doing so should automatically start the side quest. If it does not start, you need to keep going to the alleyway further up the road; you will trigger the quest around this point. After a small fight, you will be introduced to Part-Time Hero's owner; from there on after some dialogue, the feature will become unlocked. 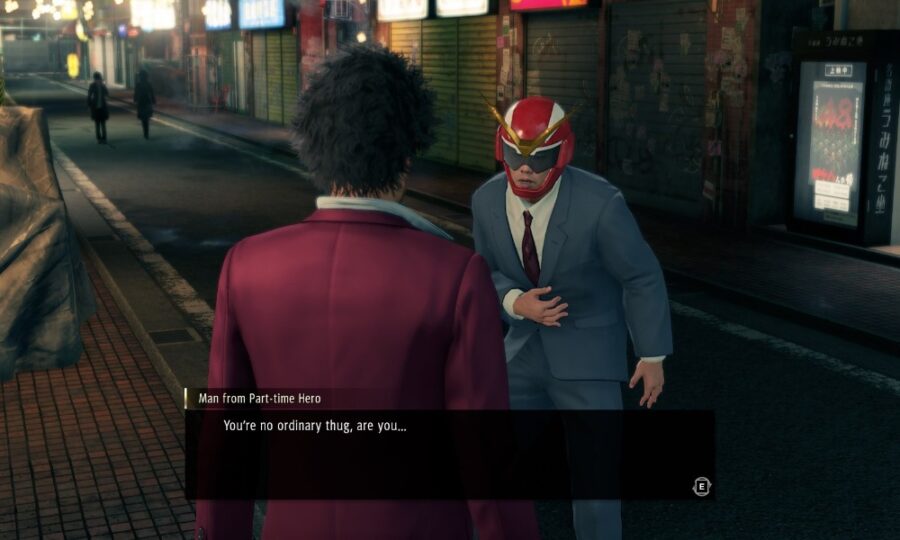 Once unlocked, you can then complete a series of side missions covering a wide range of activities you can access via the Part-Time Hero app on your phone. Keep reading; we will explain each mission type and their various objectives below. 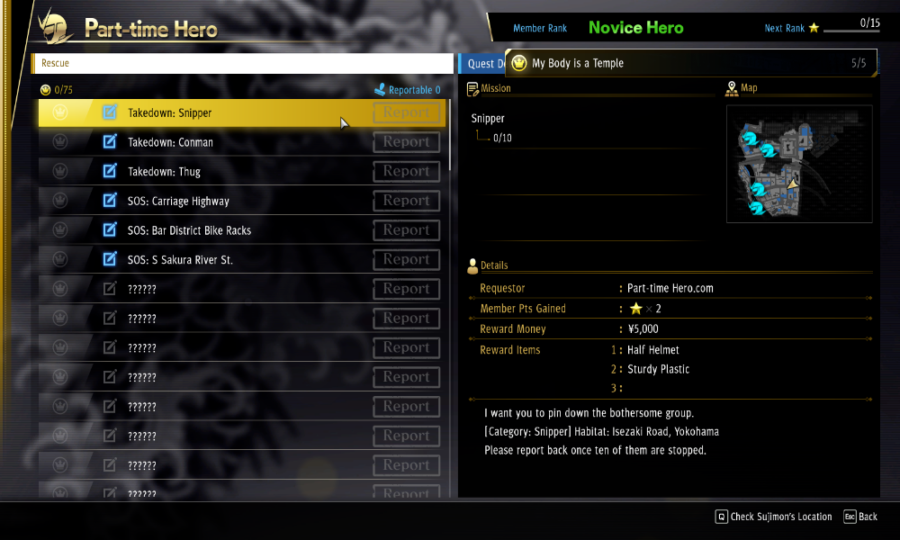 In rescue missions, Part-Time will task you with a wide range of objectives that mostly involve rescuing various NPCs from enemies. Along with there are a few missions that involve taking down specific enemies 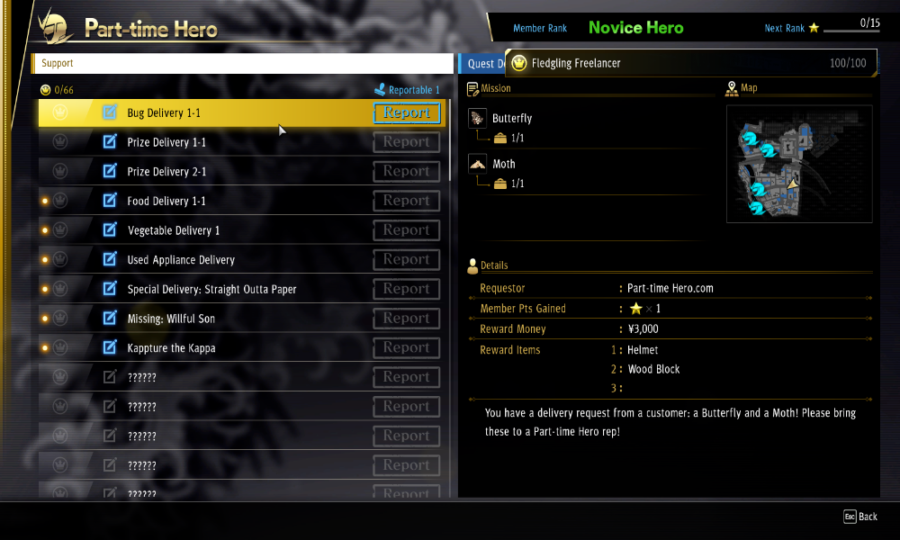 Support missions are basically your run of the mil fetch quests you find in most RPGs. However, the objectives they will have you completing can get strange and downright hilarious.

For example, some will literally have you running toilet paper or pocket tissues to people trapped in bathroom stalls. Others will have you tracking down lost cats or taking pictures of statues for large amounts of money. 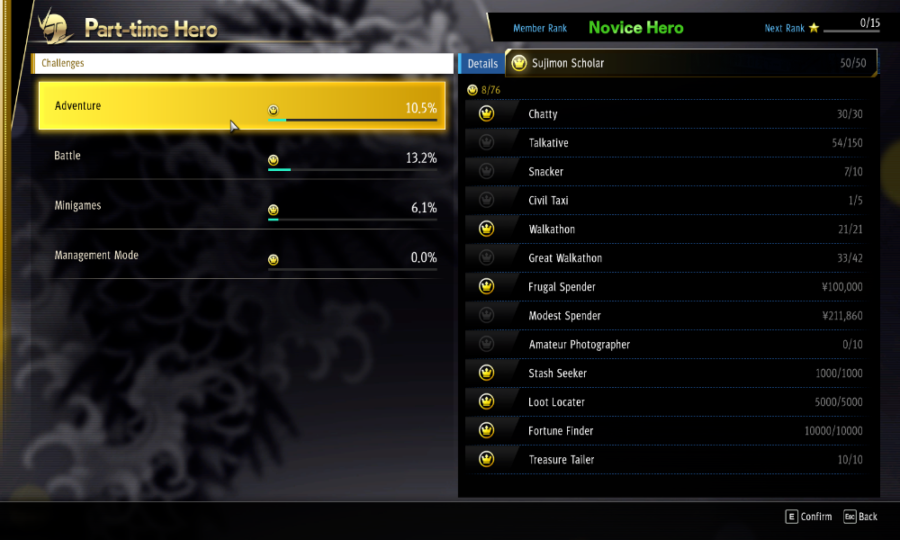 The third mission type is challenges, and these are also pretty straightforward. These missions will require you to complete various game activities, like taking pictures or spending a certain amount of yen. Challenges are also divided into four subcategories, so if you are a completionist, these missions will be right up your alley.

Overall, we highly recommend as you progress in the game to check for new messages from the Part-Time Hero app continuously and complete as many of these missions as you can. The reason is that you can earn tons of money and XP to level up, thus making these missions highly worth doing.

If you need more help with Yakuza: Like A Dragon, we have a game page for it here that is getting constantly updated with new content.