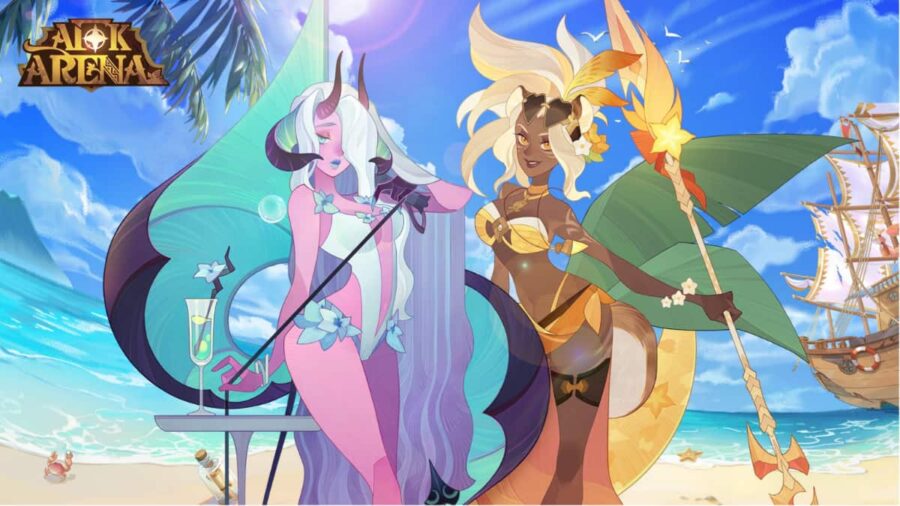 Look no further if you like an idle role-playing game in a fantasy setting! AFK Arena is a gacha mobile game that has powerful heroes who will wage war even when you're not online. But for them to be successful, you need to collect them and create the most efficient party. To do that, you'll need to know the best teams in AFK Arena.

AFK Arena has many heroes so that you can create hundreds of teams. Experimenting with heroes is fun, so take your time creating your combinations. If you want to ensure your idle adventure is going in the right direction, try these five efficient AFK Arena teams.

Lucretia is a mighty ranger with some of the best Area of Effect skills. Because of that, the team's main task is to help her deal massive damage to poor enemies. For this job, you'll need a combination of brute force and magic. For the strategy to work, try this team:

Most of the heroes in this team have powerful stun abilities. Using them effectively neutralizes enemies, making it easier to take them down. This party is also great when you face powerful foes that can kill your weaker heroes quickly.

This team is very popular as it can get you a lot of wins, and you can create this team even if you're strictly going by the free-to-play model. The main goal is to let enemies near him so you can maximize his Retaliation ability that converts received damage back to them.

Ainz is a powerful mage coming to AFK Arena from the Overlord anime universe. His skills are about dealing damage, so it's essential to let him do his magic. Some of his spells take time to cast, especially Fallen Down, and The Goal of All Life Is Death, so protect him at all costs.

This divine-looking party is all about buffs and debuffs, with much of the damage coming from Talene. She's a master of fire spells like Meteor Shower and Fireborn that can scorch the earth.

If you need more information on AFK Arena, we have some great articles on Pro Game Guides like AFK Arena Hero Weakness Chart, How to Enhance Gear in AFK Arena, and How to Ascend Heroes in AFK Arena.