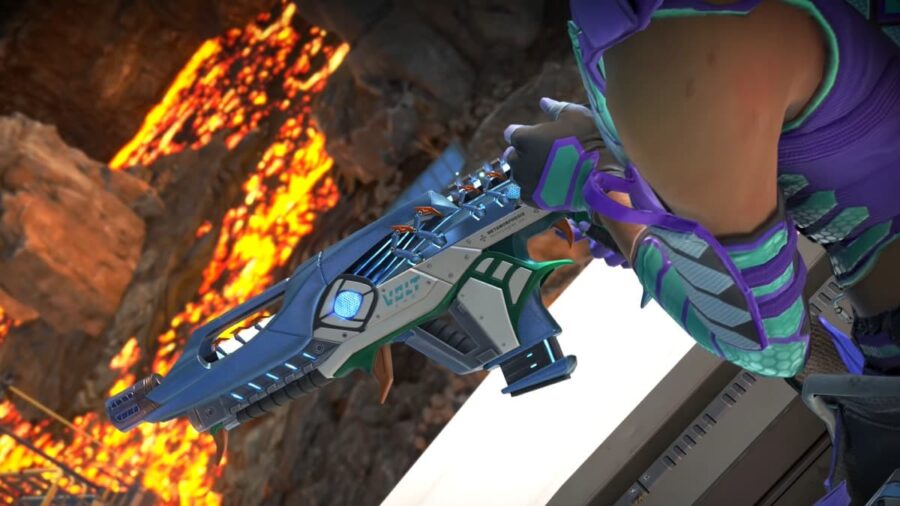 Apex Legends Season 10 features some interesting changes to guns, and new additions to ground and supply crate loot. Players can be dangerous with any weapon if they understand how to use it, but some weapons will give players a bigger advantage just based on damage output, recoil, or attachments. Here are the best guns to use in Apex Legends: Season 10.

The Flatline is considered one of the most reliable assault rifles. Despite not holding barrel stabilizers, the Flatline's recoil is minimal, has the highest mag capacity, and can be switched to a single-fire mode. The Flatline does the second-most damage per shot at 19 damage to the body and 33 damage to the head. The Hemlok does the most damage, but is limited to three-round bursts.

The R-301 is the only assault rifle that takes light ammo, but can still pack a major punch. Although the R-301 has the least damage per shot, it shoots 810 rounds per minute at very high accuracy. This assault rifle is great for shredding down enemies at close range and can be upgraded with stocks, stabilizers, and mags.

The R-99 is a compact light ammo SMG capable of downing enemies in seconds. The R-99 has the highest rate of fire with 1080 RPM, and a staggering 198 Body DPS. As long as the shots hit, there is not much enemies can do against this weapon. The R-99 can be equipped with stocks, stabilizers, mags, and the 1x Digital Threat scope, which can be extremely helpful.

The Volt is an automatic SMG that uses energy ammo, meaning the bullet drop does not affect it as much. The Volt has the same damage output as the Prowler SMG, but is not limited to the burst fire. The Volt also has the slowest reload time, only taking 2.25 seconds on an empty clip and 1.6 seconds on a partial reload.

The L-Star received a significant buff going into Season 10 that has boosted it to one of the best weapons in the game. In Season 10, the L-Star can be equipped with mags and barrel stabilizers, which affects both the recoil and the rate of fire. Since the L-Star does not use ammo mags, the magazine upgrades the number of bullets fired before overheating. The L-Star is expected to be nerfed, but until then, it is a go-to weapon in many cases.

The 30-30 Repeater is the only marksman rifle that takes heavy ammo so it packs a punch in each shot. The downside to the 30-30 is that reloading can take a lot of time and charging shots also takes a bit of time. However, with good accuracy, the weapon is capable of taking down opponents extremely fast.

The Longbow is one of the most reliable snipers due to its fire rate and damage output. The Longbow can shoot 78 RPM and hits 60 to the body and 129 damage to the head. It can be equipped with stabilizers, stocks, and mags, making the Longbow a formidable sniper at close or long-range.

Like the shotgun category, there is one outlier that many players will choose over other weapons. The Wingman has been a reliable pistol since the game's release, and now with Boosted Loader hop-up, players can quickly reload and keep dishing out damage.