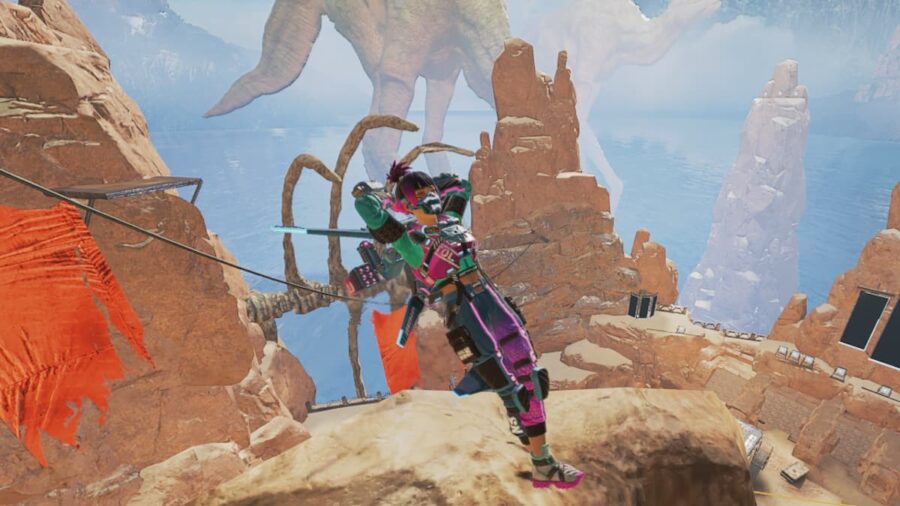 Valkyrie is one of the most popular Legends in Apex Legends, and players will get to unlock various Legendary cosmetics for this character. Players can use Crafting Metals to unlock some of the default Legendary skins found on the Legend tab. Similarly, you can also purchase unique Valkyrie skins when they are rotated in the Store. Here are the top 10 best Valkyrie skins in Apex Legends.

Valkyrie mains are eager to see all the unique animations this Legend has in the game. You will get to see a set of unique animations as well if you have Valkyrie's heirloom, the Suzaku Spear. Although fans cannot directly see these outfits while playing a match, you can always emote to see how it looks. Some of these items were introduced during Collection Events and Battle Passes. Here are the best Legendary Valkyrie skins players can acquire in Apex Legends.

Fluorescent Tech is hands down the best Valkyrie skin in the game, and you can purchase it from the Store whenever it is rotated. This item was introduced in the Summer Sundown Sale as a part of a bundle. Players can purchase this Legendary cosmetic for 1,800 Apex Coins. The light blue, and pink shades give this Valkyrie skin a cyberpunk feel, and it also has LED highlights to complement the colors. Inspect it in a dark area in the Firing Range to see all the bright features of the Fluorescent Tech skin.

Birthright is another popular Legendary Valkyrie skin that players can acquire in Apex Legends. This skin reminds fans of Viper from Titanfall, and it was released as a part of Valkyrie's launch bundle. The bundle was introduced in May 2021, and it cost around 3,000 Apex Coins. The bright orange and yellow textures bring this Legendary cosmetic to life. This outfit also has a special Legend select screen animation, making it one of the rarest Valkyrie skins of all time.

Related: How to check the Predator List in Apex Legends – Ranked Leaderboard

The Slingshot Legendary Valkyrie skin was introduced during the Unshackled event in Season 12. It quickly became one of the more popular cosmetics for this character and is available for Crafting as well. Players could purchase this skin for 1,800 Apex Coins, and you can also unlock it with 2,400 Crafting Materials. The color scheme on this outfit is quite unique from other Legendary skins, and Valkyrie also has a face mask with a unique haircut.

The Omatsuri Fury is widely considered one of the best Legendary Valkyrie skins for several reasons. This outfit was first introduced during the Genesis Collection Event and returned with the Anniversary Collection Event. Players could purchase this skin for 1,800 Apex Coins, or unlock it with 2,400 Crafting Materials. The Omatsuri Fury is heavily inspired by Valkyrie's Japanese origin, and the outfit has various remarkable features. Valkyrie isn't wearing too much armor in this outfit, instead, the simplistic design features a range of traditional Japanese elements.

Introduced during the Raiders Collection Event, the Cloud Marauder is a Legendary Valkyrie skin that was available for 1,800 Apex Coins. Fans could also unlock this item with 2,400 Crafting Metals. The Cloud Marauder skin represents Valkyrie's smuggler past before she joined the Apex Games. The blue, red, and black color scheme of this outfit makes it easily stand out from other cosmetics.

Related: How to complete Eyes in the Sky event in Apex Legends Mobile

The Air Orchid Valkyrie skin was released during the Anniversary Collection Event in Season 12, and it cost around 1,800 Apex Coins. This Legendary outfit could also be unlocked with 2,400 Crafting Metals for a short time. This skin had a futuristic design with a cyclops-like eye gear for Valkyrie. The violet and blue color scheme went perfectly with the overall design of this outfit.

Higher Learning is a recolored variant of the Azure Blessing and Golden Opportunity default Legendary Valkyrie skin. This cosmetic item was introduced in the Legend Recolor Store and players could get it easily if they had the Azure Blessing skin unlocked. Players could purchase this with 1,800 Apex Coins, or Craft it with 10,500 Legend Tokens.

Titan Tested is one of the defaults Legendary Valkyrie skins in Apex Legends, and players can unlock this item with Crafting Metals. You can save 1,200 Crafting Metals to unlock this skin instantly from the Legends tab. It has a similar design to Military Grade, but the color scheme is completely different. A combination of orange, white, and pink makes this skin stand out in the game, and you will also notice an Apex Predator logo on the chest armor.

Although Aerial Evolution is the last on this list, its one of the most popular Valkyrie skins in the game. It was a part of the Emergence battle pass, and players could unlock this cosmetic item by reaching level 25. The pink and silver color scheme absolutely complements the sleek design of this outfit. The Aerial Evolution outfit is one of the rarest Valkyrie skins since it was a part of the Season 10 battle pass. This skin also gave Valkyrie a pair of pink horns, which is unique from every other design.

Wondering what are the start and end dates for every Apex Legends season? Check out All Apex Legends Season Start and End Dates on Pro Game Guides.