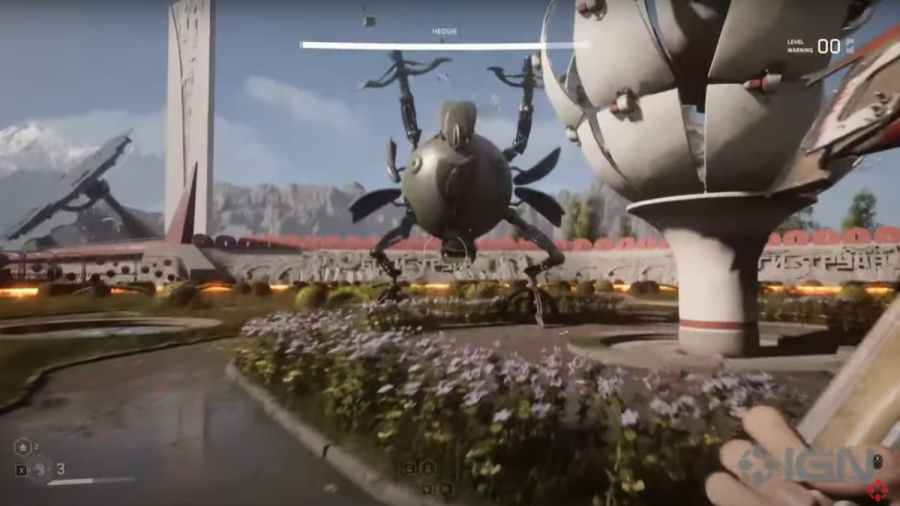 Atomic Heart, an eagerly anticipated first-person shooter, may prove to be a significant challenge for its players. In a gameplay trailer via IGN First on their YouTube channel, Mundfish showed off ten minutes worth of gameplay, with the player (repeatedly) trying to conquer a round, robotic boss. To say it didn't go well for them would be an understatement.

Fans eager to learn more about Atomic Heart's gameplay are in for a treat with this trailer. In it, we can see the player character awakening Hedgie, who is not as "freakin' adorable" as its name suggests. It seems to be guarding something you are trying to access and displays a wide array of attacks to do so. It first attempts to steamroll right over you. But it can also damage you with robotic arms that it can pull from its body and send waves of energy out to attack you. The player character uses various weapons to attempt to down the boss, including an axe and several different guns. The key to defeating the boss was finding a way to stun it first, then hitting a weak point.

Related: Is Atomic Heart on the Xbox Gamepass at launch?

Mundfish recently announced a release date for Atomic Heart in another trailer as February 21, 2023. The game will be available on PC, Xbox One, Xbox Series X and S, and PlayStation 4 and 5.