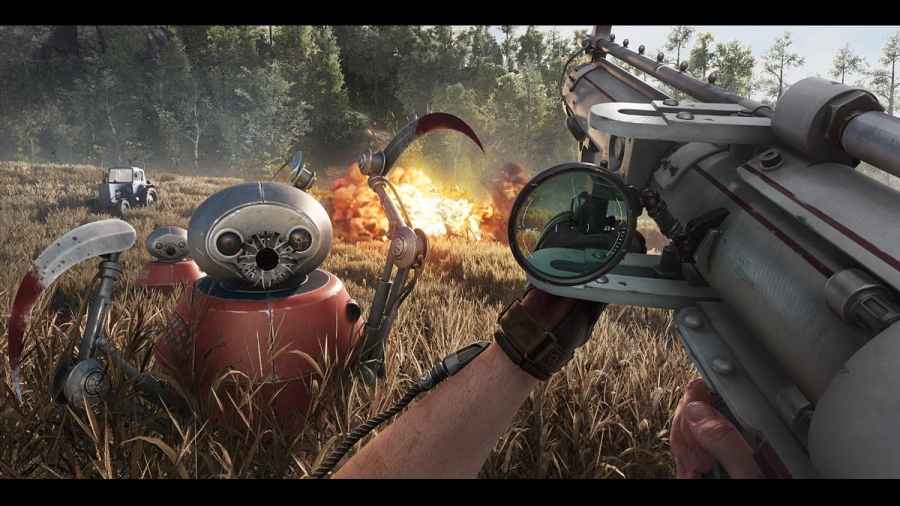 If you are wondering if Atomic Heart is on the Xbox Gamepass at launch, the answer is yes.

Atomic Heart will launch on the Xbox Gampass sometime this year and will also be available on Xbox One, Xbox Series X/S, and PC. The game will as well launch on PlayStation 4 and PlayStation 5, but an exact release date is unknown at the time of writing.

However, based on trailers, it seems like we might not have to wait long to play the game, and it will most likely be out around October to December 2021. That said, what on earth is Atomic Heart and what's with all the Soviet robots?

Well, in short, Atomic Heart appears to be a Bioshock like FPS/RPG set in an alternate timeline where the Soviet Union became really Soviet and advanced. The means by which the Soviets became advanced is unknown, but our guess is it's probably because of some spooky Stalin magic or Rasputin - he's like a wizard, right?

Nonetheless, in this strange new world, the Soviets now have giant robots, free wifi, and all matter of technology, but as it always happens, something went wrong, and you are stuck in it.

That being said, you will need to survive this strange world, meet exciting characters, and fight strange robots and use strange technology to defeat them. Overall, the game looks like the Soviet version of Bioshock, with a mix of You are Empty.

Is Atomic Heart on the Xbox Gamepass at launch?