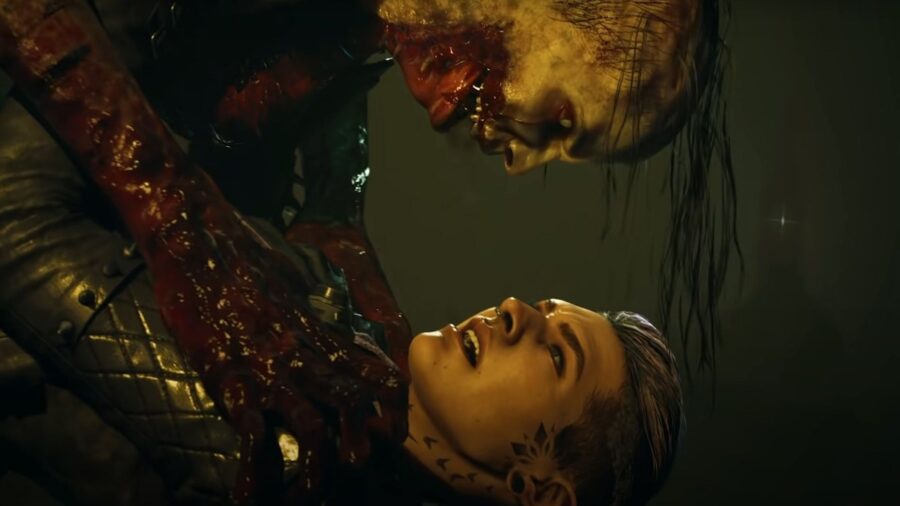 Back 4 Blood has a horde of undead enemies for players to take down on their cooperative journey. While the bulk of these infected corpses resemble humans in strength and mobility, several enemies are known as mutations that break this mold. Mutations are more robust, versatile, and deadly than regular Ridden, including the revolting Hag miniboss.

The Hag behaves unlike any enemy in Back 4 Blood, as it can swallow and kill a teammate instantly after grabbing them. You'll need one player to startle it and volunteer to be the bait to deal with the Hag. Once aggroed, the Hag will focus solely on the player who scared it. If you're the bait, don't stop running, as the Hag won't quit chasing until one of you is critically injured. The other Cleaners can take this opportunity to fire into the glowing growths on its back.

Related: Does Back 4 Blood have Crossplay?

After the Hag is critically injured, it'll try to burrow into the ground and escape. Keep shooting its back, and once it starts digging, the bait can join in on attacking as well.

If the Hag grabs the bait, players have to kill it before it burrows away, or their teammate will die. Play aggressive, as the Hag will focus on escaping, attacking very little, if at all. Should players succeed in killing the Hag, it'll slump to the ground, lifeless. Should the monster escape, she'll return when players least expect for another round.

How to get the Lucky Pennies Card in Back 4 Blood

How to create Private Matches in Back 4 Blood

How Many Levels are there in Back 4 Blood

All Trophies in Back 4 Blood

How to Open Locked Doors in Back 4 Blood

How to Share Ammo with Allies in Back 4 Blood