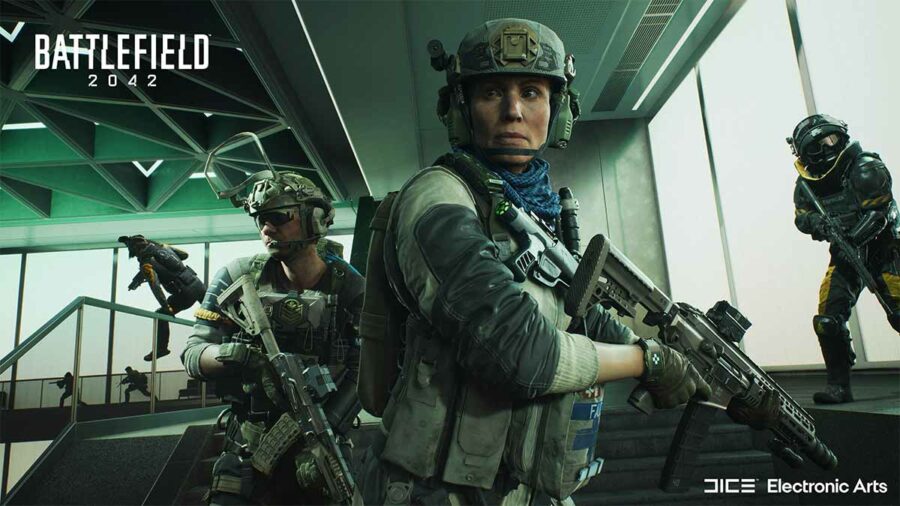 Battlefield 2042 has had a disastrous launch, which is the least you can say about it. Now it appears that publisher EA is blaming 2042's failure on the ongoing COVID-19 pandemic and Halo Infinite. At least that is according to a report from Xfire, who claim to have exclusive knowledge of what happened in a 'Town Hall' meeting.

A 'Town Hall' is a quarterly meeting call among key executives in a company. These meetings provide much-needed updates on the business, including deciding what direction the company should take next. Based on Xfire's report, EA openly acknowledges the failure of Battlefield 2042 during the most recent 'Town Hall.'

Related: How to get the Steadfast Exclusive Legendary Bundle in Battlefield 2042?

Xfire's findings cite Chief studios officer Laura Miele going over why 2042 failed, who claims that the global pandemic was one of the main issues. Xfire quotes Miele as saying, "you add a global pandemic halfway into the project, where the game teams had to work from home, we ended up with more new variables in development than we have ever experienced before.”

Related: Battlefield 2042 Season One delayed until Summer of 2022

Bugs and glitches were another obvious huge hindrance to the game. The development team also needed to upgrade the Frostbite engine to be better suited for modern consoles, which added to development time. The 'Town Hall' meeting revealed that EA will be restructuring Battlefield's teams “to ensure a more streamlined process.”

All this information was provided by Xfire and has not been officially stated by EA or a representative of EA. Until more information is unveiled, take all that is stated in the 'Town Hall' meeting with a pinch of salt. For more on Battlefield, keep reading on Pro Game Guides.

Are Halo Infinite and the Pandemic to blame for Battlefield 2042’s failure? That’s what EA thinks.