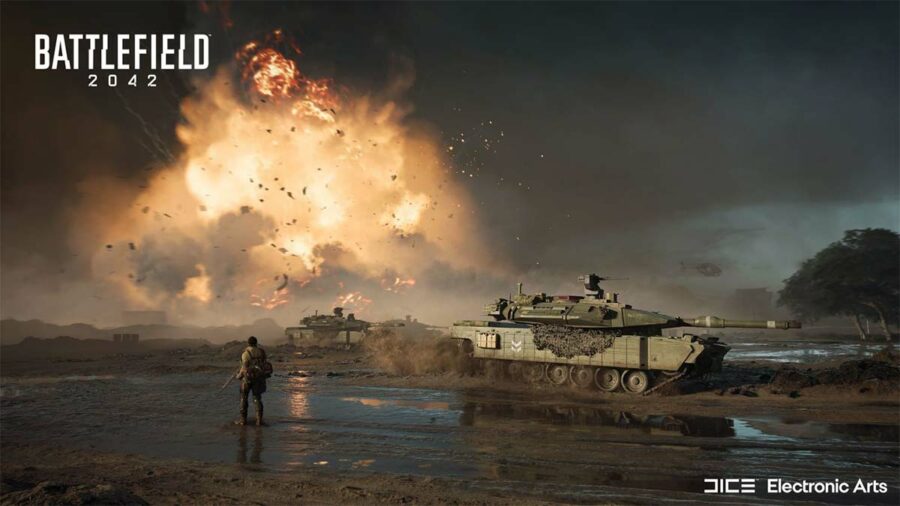 Battlefield 2042 has a decent selection of weapons, vehicles, and maps from which players can choose. While the maps in the game were initially designed to accommodate 128-player battles and modes, due to community backlash, this number was reduced to 64-players per match. In this guide, we have ranked every Battlefield 2042 map based on gameplay experience and layout features.

Introduced with the Battlefield 2042 Season 1 Zero Hour update, Exposure is arguably the best map, as it provides a balance between vehicular and infantry combat scenarios. The map has three different explorable areas: a hilltop military base, an underground facility with a network of tunnels, and a valley.

Being a junkyard for ships, Discarded plays out as a pretty good Conquest and Breakthrough map. The fights inside the multiple levels of the abandoned ships and other structures are some of the most engaging in 2042.

There must be a reason why Battlefield 2042 developers used the Orbital map for the game's beta. Although not perfect, the map has a unique layout and pretty cool gameplay features, such as the rocket launch event and a potential tornado.

Despite being the biggest map in Battlefield 2042, Breakaway is more appealing than some of the smaller maps that are meant for action-packed gameplay. The map provides ample space for vehicle engagements and multiple POIs for infantry combat. However, the map's size affects its pace a lot.

In Hourglass, you play inside and on the outskirts of the city, Doha. You can find skyscrapers inside the city and outside of it is a vast stretch of desert with a small village and a partially accessible stadium. What made this map unplayable at times were the players and vehicles camping the control points on the building rooftops.

Related: How to Fix Voice Chat Not Working in Battlefield 2042

Expected to be one of the best maps in the game, Kaleidoscope was a disappointment for many players. While the skyscrapers were a problem just like Hourglass, pushing objectives on the ground against defending players was a difficult task, too.

Renewal doesn't perform too well in the Conquest mode, as one part of the map isn't easily accessible due to the central wall. The POIs may look interesting at first, but the gameplay experience is poor.

Manifest feels like the least impactful map in the game. Located in Singapore's container port, the map has a linear pattern and is much like the other maps in Battlefield 2042, as it too has separated zones. While the port area is a cargo hold and has multiple accessible ships, the hill has a facility and a vast open area.

This is our rank list for all the Battlefield 2042 core maps from the All-Out Warfare mode. Furthermore, you can play on the remastered versions of several iconic maps from the previous Battlefield games in the Portal mode.